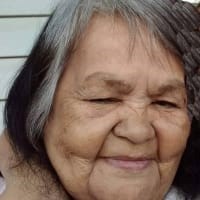 She was born on April 5, 1947 in Ogden, Utah, a daughter of John Ferris and Eunice Evered Campbell Monsen.

Judy was a member of the Church of Jesus Christ of Latter-day Saints where she attended the Brigham City 3rd Ward.

She loved her job at Maddox as a dishwasher for 15 years.

Judy loved gardening, planting flowers to make her yard beautiful. She also loved sewing, dancing, music and shopping at the D.I. Judy highlight was spending time with her children and grandchildren.

She was preceded in death by her parents, her twin sons, Ronald Lee and Donald Lee Earley; grandson, Tyler Kenneth Earley and son-in-laws, Antonio Vargas – Garcia and Patrick N Williams.

Click this link to view additional details about Judy’s Services, including any available live streams: https://my.gather.app/remember/judy-mcdonald