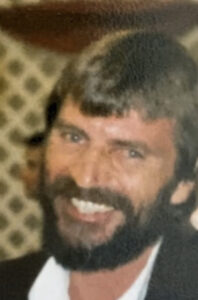 On April 22, 2022 our dad, husband, brother, grandpa and friend, Rodney Lee Galloway, took his final ride in mortality and moved onto greener pastures.

He had quite the ride and there is no doubt that the reunion on the other side has got him surrounded by heavenly hosts who have never heard such wild stories!

We recognize and appreciate the loving care of his sweet wife Diane who was by his side, day and night, through his last moments. We know he had her laughing and crying through the end.

Rodney was born to Richard Galloway and Fern Kunz on October 12, 1954 and grew up in Bern, Idaho on the family dairy and dry farm. He attended grade school at the Bern Elementary School and graduated from Bear Lake High School. He was an eagle scout and was always active in serving and helping others.

Rodney’s life was forever changed when he got his first horse an appaloosa mare named “Chipahigh.” A life-long love affair with horses was born. Rodney won several scholarships with his horse and attended Utah State University together with Chipahigh. From that day forward, Rod was an absolute legend in horse breeding, horse training and generally anything related to horses and was an active member of the Appaloosa Horse Club.

Rodney lived in Montpelier, Idaho where he worked for the Union Pacific Railroad. As his horse business continued to expand, Rodney finally quit the railroad and moved to full time, training, breeding, breaking his horses in Evanston, Wyoming. Many champions were born and raised at the Raftered Heart Ranch in Evanston.

He is survived by his wife, Diane (Winterton) Galloway, his five siblings Richard Galloway, Ronald Galloway, Ralph Galloway, Karla Webb, and Arline Devlin; his children Ashby Micheli, Amber Gossard, Jessie Galloway and Nate Blake; his 14 grandchildren and many adopted children and nephews and nieces that loved to listen to Uncle Rod regale them with his stories and words of wisdom.

Rodney was preceded in death by his mother Fern (Kunz) Galloway and father Richard Galloway, his Sister Liz Clark and his brother Robert Galloway.

Graveside services will be held on Saturday, April 30, 2022 at 11:00 at the Bern, Idaho Cemetery. Following the service, we will have a luncheon and a celebration of life at the Bern Church of Jesus Christ of Latter Day Saints building. We will hear stories from his best friends and family and remember how he loved us all. Anyone that knew Rodney is invited to come and share their own unique stories.