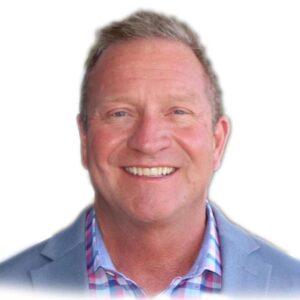 Kevin was born June 6, 1962 in Ogden, Utah. He attended Davis High School, lettering in track & field for his performance in the hurdles. He also ran tract at Utah State University (USU) again specializing in hurdles before leaving to serve a full time mission for the Church of Jesus Christ of Latter Day Saints in Albuquerque, New Mexico. He returned to USU where he met his wife, Lisa Haslam, and received a bachelor’s degree in business & marketing in 1986.

Kevin and Lisa where married and sealed on June 8, 1984 in the Logan Temple. They raised two daughters; Ashely and Lauren, and one son James. Life had it’s ups and downs for Kevin and Lisa, but after a 4-year divorce, they were recently remarried on April 29, 2022. The three weeks prior to Kevin’s death were the happiest and most wonderful weeks the couple had ever known.

Kevin was very close to his late grandparents, James Floyd John and Retha John from Perry, Utah. He often shared wonderful childhood memories of summers spent living at their home, riding his bike, eating his grandmother’s delicious meals, receiving counsel from his grandfather, and relishing their love for him.

Kevin was a natural salesman. He started his career working at Welso/ICON and had success in various industries, but really excelled in his career selling amusement rides to large theme parks.

Kevin was an avid cyclist and enjoyed the peace and serenity he felt riding his bike on the open road. He participated in many races and organized others, including the Bear Lake Classic.

Our hearts are broken and filled with so much sadness. He is loved, admired, and remembered as a person who filled the room with laughter and joy. He will be missed every day, but we hold strongly to Heavenly Fathers’ plan of eternal families.

Interment will take place at the Logan City Cemetery following the services.

The Family wishes to express their heartfelt gratitude to the Logan City Police Department, Logan Fire Department, and Allen-Hall Mortuary for their thoughtful care of Kevin and his family.

A GoFundMe account has been set up by Kevin’s children to help ease the financial burden of the funeral and burial services. In lieu of sending flowers to the mortuary, you are invited to consider donating at the following web address: https://gofund.me/9c769b5c