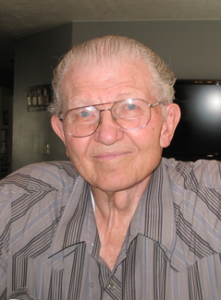 John Sheridan Ezola passed away at his home in Cedar Hills, Utah from injuries sustained from a fall on Wednesday May 12, 2022. He was 86 years old. Sheridan was born on March 17, 1936 to John Ezola Jr. and Ruby Christiansen Ezola in Logan, UT.

He was raised on his parent’s farm in Trenton, Utah. Sheridan attended elementary school in Trenton through the 8th grade, then went to North Cache High School, where he graduated in 1954.

In 1955, Sheridan joined the United States Navy. He served for four years. He was a patriotic soul. He loved this country and was proud to be a veteran and was an avid supporter of the NRA and any Veterans program.

In May of 1961, Sheridan married Harriet Pearson, a young widow with four little boys. The family moved to Homedale, Idaho. While living in a modest, 2 bedroom home, 2 daughters joined the family.

Sheridan worked a variety of jobs in the Treasure Valley, ultimately landing a job at J. C. Penney’s in Nampa when Karcher Mall was the shopping mecca of the valley. He was hired as a salesman, but was soon moved to the warehouse to utilize his talents there. He was the all-around handy-man. Sheridan kept a very clean and organized work space, taking great pride in everything he did. He assembled countless bicycles, exercise equipment, pieces of furniture, store displays, and anything else that came through the doors of the warehouse. Through the years, as he delivered items to patrons across the valley, he never met a stranger and did all he could to keep customers happy. Sheridan retired from J. C. Penney’s in March of 1998. He spent over 20 years with the company.

Sheridan was a member of the Church of Jesus Christ of Latter-day Saints. He served in many different capacities in the Homedale First ward. Sheridan loved his time as a member of the ward choir, and enjoyed performing solos in special programs. His favorite songs for Christmas were “Star of the East” and “O Holy Night,” which he sang beautifully in his rich tenor voice.

Services for Sheridan will be held on Friday, May 27th at 10:00 a.m. in Homedale, ID at the Church of Jesus Christ of Latter-day Saints chapel located at 708 State Hwy 19, Homedale, ID.

There will be a viewing on Thursday evening from 6:30 until 8:00 p.m., also at the church. A viewing will be hosted prior to the services beginning at 9:00 a.m.

Interment will be at the Marsing-Homedale cemetery immediately following the services.

More pictures can be found at www.larkinmortuary.com.