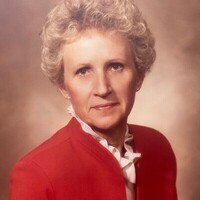 Doreen Namoi Davis Jones Boyce, 89, of Idaho Falls, Idaho, passed away on June 10, 2022 after a second battle with cancer. Doreen was born on June 20, 1932 in Manti, Utah where she grew up and graduated from Manti High School. While attending college in Salt Lake City she met the love of her life and best friend, Robert (Bob) L. Jones at a dance on a blind date. They were married on September 24th, 1954 in Salt Lake City, Utah. Bob worked on the farm with his dad in West Jordan, Utah. Farming was his passion and Doreen supported him and was an excellent homemaker. There they were blessed with three children: Connie Johnson, Terry Jones, and Leslie Weis.

In the fall of 1968 they bought a farm in Downey, Idaho. This became their permanent home one year later as they enjoyed the small town life. They sold the farm in 1980 and afterwards they enjoyed homes in Holiday and Draper, Utah; Star Valley, Wyoming; Preston and Chubbuck, Idaho before ending up in Idaho Falls, Idaho. She enjoyed golfing, playing cards, quilting, hosting family gatherings, and making homemade rolls, pies and chocolates. She was an excellent cook and seamstress.

Doreen was preceded in death by her parents Robert D. and Naomi Davis, one sister Bobetta Larsen and 3 brothers; Delbert Davis, Halbert Davis and Don Davis her twin brother who passed away at birth.

We would like to thank the staff of Fairwinds Assisted Living Center and One Source Home Health and Hospice for their care and compassion.

Condolences may be sent to the family at www.horsleyfuneralhome.com.