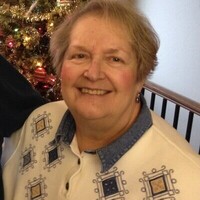 Tamara Leighton, of Swan Lake, Idaho, passed away peacefully with family by her side on Friday, June 10, 2022, at the age of 74.

Tamara was born in Pocatello, Idaho on October 9, 1947, to Arthur and Gladys Heckert. She graduated from Pocatello High School in 1965, where she was a member of Girls’ Council, Honor Society, and Future Homemakers Association. Tamara also loved to play church softball and was an active member of the 4-H program.

Tamara was a social butterfly and was known to be a little boy crazy until she met the love of her life, Tim Leighton, on a blind date in the fall of 1963. They were married two years later, on April 8, 1966. Tamara attended Ricks college and Idaho State University, where she studied business. Tim and Tam lived in Pocatello, Nampa, and Sandy, Utah. It was in Salt Lake City that she started with Fireman’s Fund Insurance Company. Tamara was extremely successful in her career, and she was eventually transferred to Phoenix, Arizona to hold a management position.

While living in Phoenix, after surviving cancer and trying for 16 years, Tim and Tamara finally had their only child: a daughter, Emily. She was the light of their life and Tamara loved nothing more than being her mom. In 1993, they moved back to Idaho and settled in Swan Lake, in the house that Tamara’s grandfather built. Tamara had enough of the big city and corporate world and longed to be closer to family and to fulfill a dream of owning animals. They spent their time bottle feeding calves, raising horses, and adding cats to the family. Tamara always loved animals and was a proud mother of 5 Old English Sheepdogs through the years. Tamara worked as a director at Health and Welfare and made many lifelong friends until her retirement in 2008. She enjoyed a slower pace after retirement and spent her days and nights on the front porch with Tim, admiring the beautiful countryside, feeding hummingbirds, and caring for her pink petunias.

Tamara always loved music. She played the piano and enjoyed serving as chorister and primary music leader in her church. Tamara was the life of the party, and she loved to celebrate. Holidays were her favorite, especially Halloween! She always dressed up and would make it her goal to come up with a new and unrecognizable costume each year.

Tamara never met a person she didn’t like and never said anything bad about anyone. She always had a smile on her face and would give all she had to help someone in need. If you’d ask someone to describe Tamara, the first word they would say is “kind”. Tamara never cared about money or things but instead cultivated relationships with friends and family. Tamara loved nothing more than spending time with her loved ones, especially her 3 grandchildren. She was so proud of them and Emily and she looked forward to every moment spent with them. She loved to hear about their lives and she attended their many activities for as long as she could.

Tamara is survived by her daughter, Emily (Matthew) Taylor and grandchildren: Addison, Jackson, and Elsie of Chubbuck; a sister, Jackie (Glen) Cranor of Chubbuck; a brother, Randy (Ann) Heckert of Phoenix, AZ.

She was preceded in death by her husband, Tim; parents, Gladys and Arthur Heckert; a brother, Arthur Dee Heckert; a sister, Carol Heckert.

A graveside service will follow at the Swan Lake cemetery.