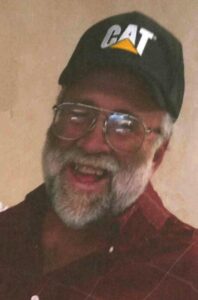 Darrell was born June 26, 1954 to Oren and Vera Frongner Nate. He was the youngest child with brothers Larry and Bob and sisters Carol and Renae.

He attended school in Dingle, Paris and Montpelier, graduating from Bear Lake High School in 1972. He then attended ISU Vo-Tech in the Auto Mechanics Program where he graduated in 1973.

He married Mary Lou Sorensen in August of 1973 in the Salt Lake Temple. They are the proud parents of Ryan Darrell Nate.

Darrell excelled in Auto Mechanics and Fords were his favorite. He spent 21 years working at Shuler Ford in Soda Springs, Idaho. He was an ASE Certified Master Mechanic and very good at his work. It was a profession he truly enjoyed. When Shuler’s sold the dealership, he was hired at the City of Montpelier Maintenance Department, where he worked for 25 years.

Darrell believed in doing a daily good deed and was happy helping others. He loved to play practical jokes wherever he went. But he was happiest riding his Harley Davidson Sportster, a bike he had dreamed about for over 40 years.