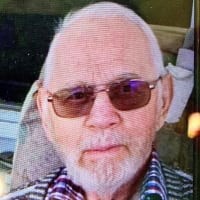 Our loving husband, father, grandfather, great grandfather, friend and life example passed away peacefully at his home in Brigham City on July 30th, 2022, surrounded by his family. He was born on March 11, 1931 in Berkeley, California. He was the son of Heinrich Henry Drewes and Maria Magdalene Lucie Mertens Drewes who were both immigrants from Germany and came to America in their teens and early twenties. Vernon graduated Box Elder High School in 1949 where he played football. He married his high school sweetheart Dian Dalton on June, 8 1949 where they were sealed in the Logan Temple of the Church of Jesus Christ of Latter Day Saints.

Vernon and Dian owned and operated Drewes Floral and Gifts after purchasing it from his father where it continued as a family business. They shared this experience with their children and other relatives in the family. He was very talented at arranging flowers and often invited to flower shows to display his skills. Vernon had an amazing work ethic. For years he worked in the flower shop in the mornings and his carpool would pick him up behind the shop to work swing shift at what was then the Thiokol Corporation. He was also a weld inspector at different nuclear reactor sites. He loved watching high school and college football. He liked traveling his wife Dian in their motor home with the Good Sam’s Club.

He was preceded by death by his wife Dian, parents, one brother, Henry and one sister, Esther.

Graveside services will be held on Saturday at 12 Noon at Brigham City Cemetery, 495 E 500 S.

The family would like to thank Aegis Hospice and Ali’s Angels for the love and care they provided for Vernon in his last days.