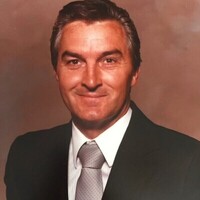 Tom Williams, born and raised in Malad City, Id., passed away Sunday morning September 26th, 2021 due to illness. He was born January 23rd, 1942 in Malad City and graduated high school at Malad High School in 1960. He was son of Samuel (Sam) Williams and Elizabeth (Mae) Williams.

In November of 1960, shortly after graduation, he married his high school sweetheart, JoAnne Bybee of Downey, Id. They spent most of their lives together in Tualatin, Or and retired in a beautiful log cabin in the mountains of Sumpter, Or. He was a member of The Church of Jesus Christ of Latter Day Saints. He and his wife, JoAnne, were later sealed for time and eternity in the Logan, Ut LDS Temple. They were married for over 60 years.

Tom was well-known in the meat business where he managed meat departments of various supermarkets in the states of Utah, Idaho and Oregon and was recognized by those who knew him for his hard work ethic, dedication to family, and his energy that kept him physically active throughout his life.

He was preceded in death by his parents, his brothers Wayne, Don, Verlin, and Burt as well as his younger sister Dixie and his son Sidney Thomas.

He is survived by his older sister Elda Mae Price of Malad City, his wife JoAnne, four of his children, Joseph Samuel, Thomas Verlin, Julie Ann and Tad Victor. He was grandfather to 18 grandchildren and 11 great grandchildren.

He will be greatly missed by all who knew him.

Burial will follow at the Samaria Cemetery in Samaria, Id.