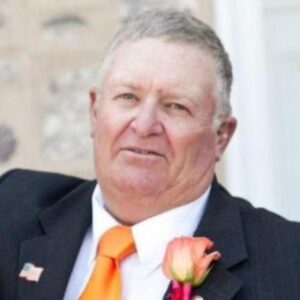 Stanford Lovell Munson, passed thru the veil into the waiting arms of our Savior, his parents, and 4 siblings on Thursday, August 12, 2021.

Stan was born on April 27, 1956, to LoRell and Nelda Twitchell Munson in Panguitch, Utah. He was the 4th of 9 children and grew up primarily in the small community of Escalante, Utah. Hunting, fishing, camping, and playing with siblings were highlights of his childhood.

Stan received an education at Escalante High School where he was involved in basketball and band. He graduated from high school in 1974. He was a lifetime member of the Church of Jesus of Latter-Day Saints and served a mission to San Diego California from 1975-1977. Shortly after his mission, he met Lori Andrew from Trenton, Utah. They were married on Oct. 4, 1977, in the Salt Lake Temple for time and all eternity. They made their home in Escalante, Utah where he worked for the family store. In 1980, they moved up to Trenton, Utah to work on the Andrew dairy farm. Stan and Lori have five children and 16 grandchildren. He always had a treat for his grandkids. He loved his family more than anything as a devoted father and grandfather.

A life changing event occurred August of 1991 when he suffered permanent head trauma in a motorcycle accident. It brought up many challenges in him and his family for the next 30 years. As a result, he worked in many occupations that allowed him to socialize with others.

He was genuinely interested in people and made friends wherever he went. His mother- in-law once said of him that he should be a politician because he knew everyone in Cache Valley. He had a way of making others feel like they were his favorite and always liked to make people laugh and smile up to the time of his passing. He loved to tease and often would tease in-laws about which was the better football team, the Utah Utes, or BYU Cougars. His favorite was the Utah Utes. When someone inquired what they could do for him, he always asked for a small bag of $100 dollar bills, even in his last few days.

Stan served faithfully in Scouts, as a bishop, and Ward Missionary Leader. The highlight of his church service until his death was ministering brother. It didn’t matter who he was talking to or where he was, he would always share his testimony of the Book of Mormon.

Burial will be in the Trenton City Cemetery.

A special thanks to the staff at Intermountain Hospice and family and friends who helped in his final days.

Memories and condolences may be shared with the family at www.cvmortuary.com