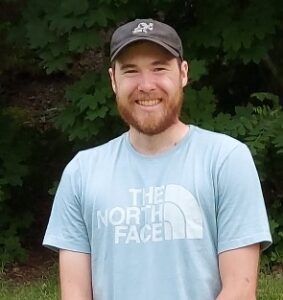 Spencer was born on April 3, 1997 on Mountain Home Air Force Base, in Mountain Home, Idaho, as the oldest child of Shawn and Tracey Rawles.

He was raised in Brigham City, Utah and graduated from Venture High School in 2015. He served his mission in the Argentina Buenos Aries North Mission for the Church of Jesus Christ of Latter-day Saints, where he forgot the word flip flops and called them toe wiggle shoes. He moved to Orem and attended UVU, where he quickly realized that school still sucked, and he wasn’t doing what he really wanted to do, which was fly. Spencer recently started flight school at Leading Edge Aviation in Logan, with the intentions of becoming a commercial airline pilot.

Spencer loved adventures. At 17, he bought his first motorcycle. He went sky diving when he turned 18. He went on “Iron Butt” rides with his dad, earning certificates and badges for safe, long-distance riding. He just purchased his Jeep Wrangler and went on off-roading adventures with his uncle, sister, and dog, Lamp. Spencer was happiest when he was flying and riding.

Of all of the grand adventures he had, spending time with his siblings was the most important one. He was a gentle leader, never a follower, blazing his own path. He was incredibly kind and had a great sense of humor. Everyone who met Spencer has a funny story to tell you and smiles at the mention of his name. He didn’t take many things seriously, except his role of big brother.

Five years ago to the day, Spencer returned home from his mission. Sensing he was not yet done, he did not unpack or settle down. He always seemed ready to leave. He has now returned to continue the Lord’s work.

He will be missed by his parents; siblings, Christian (Cassie), Alyssa (Josh), Lexi, Jonathan, and Hailey Jo, his partner in crime; his 112 pound puppy, Lamp; grandparents; aunts and uncles; cousins, and many friends.

In lieu of flowers, take the time to make lasting memories with those you love so you can look back with fondness and laugh. The family offers love, forgiveness, and peace to the other driver and family involved in this tragic accident. Our heartfelt gratitude to the emergency personnel, good Samaritans at the scene, and all those who have offered prayers and comfort during this difficult time.

All are welcome to join the family for a luncheon at the church following the graveside services. The family would love for all to come and share stories and memories of Spencer.

Click this link to view additional details about Spencer’s Services, including any available live streams: https://my.gather.app/remember/spencer-rawles