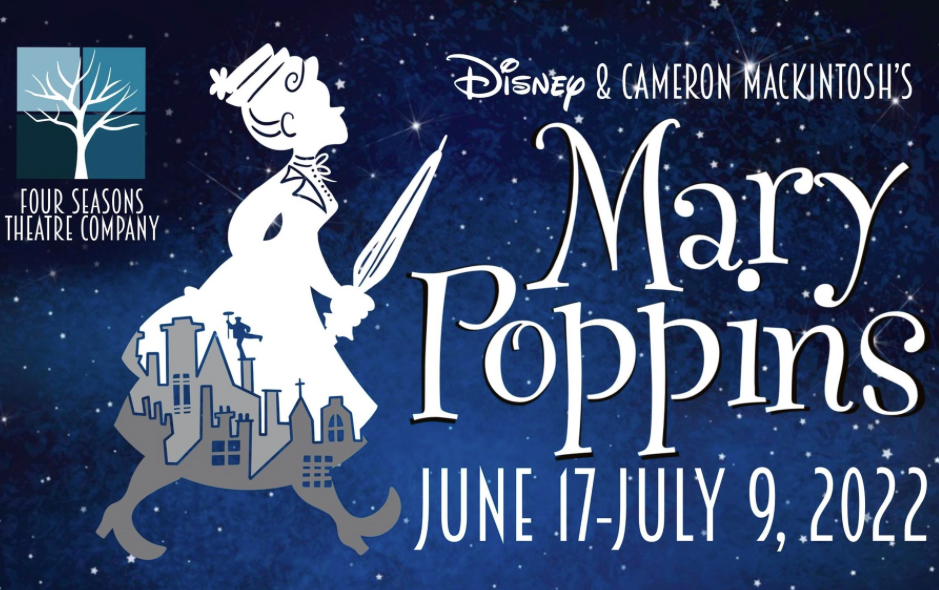 NORTH LOGAN – The best news that I’ve heard all day is that the incomparable Sarah Huff will reprise the title role in the Four Seasons Theatre Company’s upcoming production of Mary Poppins.

The Four Seasons folks have a reputation for staging outstanding performances and casting Ms. Huff is just icing on the cake.

The show is scheduled for June 17 to July 9 at the Sky View High School with a curtain time at 7:30 p.m.

Huff made her local debut in the Four Seasons production of The Sound of Music back in 2014. Cast opposite her real-life husband as Capt. Von Trapp and the seven charming youngsters portraying his children, Ms. Huff was marvelous as the misplaced postulant nun Maria.

Her utterly convincing portrayal captured the innocence and naive enthusiasm of that character and her crystal-clear soprano voice also lend a joyful sense of spontaneity to the familiar musical numbers.

Ms. Huff went on to play the title role in the Four Seasons production of Mary Poppins in 2015.

Most recently, she was seen as the Fairy Godmother in the revamped production of the musical Cinderella, also by the Four Season troupe, in 2021.

The actress said that theater-goers expecting to see Julie Andrews in her portrayal may be a little disappointed.

“I think Mary Poppins was such an iconic figure,” she explains, “we look at her and we’re so familiar with Julie Andrews. Everybody falls in love with that character.

“But the musical version takes some aspects of her character from the original book.

“If people have read the book,” she adds, “she’s a little bit different, a little more hard-nosed, a little stricter, more firm. And I think the musical tried to adapt from both versions.”

In the role of Bert the chimney sweep, a character made famous in the 1964 Disney movie by Dick Van Dyke, will be Clifton Richards.

Rash said that the Four Season Theatre Company began performing in 2011 at Sky View High School in order to make their ticket prices accessible to anyone.

“This year, the price of our tickets will be changing slightly,” he explains. “This increase is largely due to the rising cost of materials such as lumber and fabrics.

“We promise this increase will help us maintain the quality you’ve come to expect from Four Seasons.”

Tickets will now be $17 for children and seniors and $20 for adults.

Tickets for Mary Poppins will be available on Friday, April 8 through the Fours Seasons website at www.fourseasonstheatre.org/box-office

Other upcoming productions by the Four Seasons Theatre Company will be The Hunchback of Notre Dame, a Disney musical, in September and the holiday comedy Elf in December.