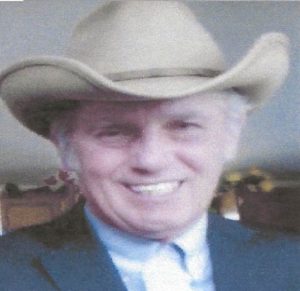 Our father, RanDee Reynauld Howard, Sr. passed away after a valiant fight with lung cancer on Thursday, September 17, 2020 at home. He had just recently celebrated his 74th birthday.

Dad was born August 15, 1946 in Sioux City, Iowa to Earl Raymond and Eva Mildred Tipton Howard. He lived in Iowa until his family permanently moved to Utah in 1953.

RanDee graduated from Weber High School in 1964. He later attended Weber College in pursuit of his love of music.

From the age of 17, RanDee had a passion for playing guitar, writing music and singing. He formed his first band when he was young and played in bars and venues like the American Legion, High Hat and many others. Some of his bands were The Shufflers, Bull Run, and Desert Sky. Dad had to stop playing guitar when his hands wouldn’t allow him to due to arthritis.

Dad worked for many companies throughout his life. To name a few, he had worked at Hill Air Force Base as a sheet metal mechanic for over 20 years. He drove a semi truck for Swift. He then worked for Futura Industries in the maintenance department where he retired from. His last job was at Burger King and he worked there until his health started failing.

RanDee lived in Roy until his marriage to Starrlette L. Howard on September 13, 1965 in Washington Terrace. They had five children together and were married for 32 years. Starr passed away June 13, 1999 of cancer. RanDee then married Tuyet Buc Nguyen on October 12, 1999 in Mesquite, Nevada and they have been married for 21 years. Survived by his wife, Tuyet; his five children: VanDee (Ruddy) Castellon, Ogden; RanDee, Jr. (Cherlyn), Priest River, Idaho; Trini (Kevin) Tracy, Garland, Utah; Clint (Kim) Howard, Riverside, Utah.

Condolences and memories may be shared with the family at Provident Funeral Home.