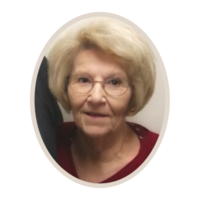 Pam was born in Tremonton, Utah on September 13, 1941, a daughter of Virgil L. and Virginia Fern Cornwall Anderson. She was raised on a farm in Bothwell, Utah in what she described as an idyllic setting where she enjoyed the love of family and learned the value of hard work, thinning sugar beets, tending turkeys, swimming in the canal, and playing softball. At a young age, her father affectionately nicknamed her “Chick,” a name that demonstrated the special bond that she shared with her parents. Pam graduated from Bear River High School in 1959 where she was a class officer, played the drums in the high school marching band, and reigned as homecoming queen. As a youth, she also learned to play the accordion, a talent that she enthusiastically shared throughout her life until health issues precluded it. She attended Utah State University, and later worked at Thiokol where she remained until she successfully put her husband through school.

On March 18, 1966, she married Wendell A. Smith in the Logan, Utah LDS Temple, and they recently celebrated 56 years of marriage. Sealed for time and eternity, their love and loyalty to each other is an extraordinary example to all.

Following their marriage, Pam and Wendell moved to Pocatello, Idaho for a brief period until Wendell accepted a teaching and coaching position at Malad High School in 1967, which caused them to settle in Malad and make it their home for the rest of their lives. Pam worked in the Oneida County Extension Office until her long-awaited children arrived. She later worked in the billing office at the Oneida County Hospital until her retirement in 2001. During this time, she supported Wendell on the family ranch in Deep Creek until exchanging it in 2004 for “Smith Haven,” the family cabin in Island Park, Idaho.

Pam was always fun to be around, possessed a witty sense of humor, and maintained that wit even as she was passing away. She was a faithful member of the Church of Jesus Christ of Latter Day Saints, and served in various church callings including Young Women’s President, Stake Young Women’s Presidency, Relief Society President, Gospel Doctrine Teacher, Family History Center Director, and as a devoted visiting teacher her entire life. She was always supportive, too, of her husband as he served in various priesthood leadership positions. Upon retirement, Wendell and Pam served an honorable full-time mission for the LDS Church in the Atlanta, Georgia Mission. They also served as officiators in the Logan, Utah Temple and the Brigham City, Utah Temple.

Pam’s greatest joys were her husband, children, and grandchildren. She dedicated her life in service to them despite serious health challenges and the debilitating effects of rheumatoid arthritis that plagued her for decades. Most importantly, she was valiant in her testimony of the Lord and Savior, Jesus Christ, and His Restored Gospel. Her testimony is the air that we breathed, her love is the glue that kept us together, and her example of faith and enduring to the end will forever strengthen and motivate us.

Pam is preceded in death by her parents, a sister, Monette Welling, two brothers, Curtis Anderson and Reese Anderson, and one stillborn son, Jared Smith. Pam never forgot about her stillborn son, visiting his grave regularly with flowers and deep emotion, including him and his memory in every aspect of our family’s life. She eagerly anticipated a sweet reunion with loved ones on the other side of the veil.

Burial will be in the Malad City Cemetery.

Funeral Service may be viewed at: https://youtu.be/Sqj6_02aogQ