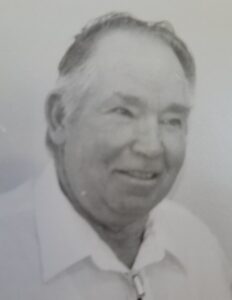 Lorin Stuart Burnett, 79 a loving husband, father and grandfather passed away peacefully in the comfort of his own home on January 9th, 2022.

Lorin was born February 7th, 1942, in Preston, Idaho to parents James Stuart Burnett and Ellen Walker. He was raised in Fairview, Idaho on the family farm along with his 16 siblings. He enjoyed playing sports for school and church. He graduated from Preston High School. And attended tech school in SLC. He then served a mission for The Church of Jesus Christ of Latter-Day Saints, serving in California and Nevada.

Lorin met Janoice Griffith on his mission. They were later married and sealed in the Logan, Utah Temple on December 13th, 1963.

A baby daughter, Jan, was born and died on February 3rd, 1965. They later adopted daughter, Jolene.

After Janoice passed away in 1967, Lorin met Dilean Kofoed at a dance. They were later married and sealed in the Logan Temple on July 19th, 1967. They started their lives together in Whitney, Idaho. They later settled in Hyrum, Utah on a dairy farm with their seven children.

Lorin also worked and retired from Schriebers in Amalga, Utah.

He was an active church member serving several callings.

Loring enjoyed spending time with all his grandchildren and teaching them about the farm.

Preceded in death by his wives Janoice and Dilean, daughter Jan, Parents, three siblings, one great-grandson and in-laws.

Interment will be to the Plymouth, UT cemetery.