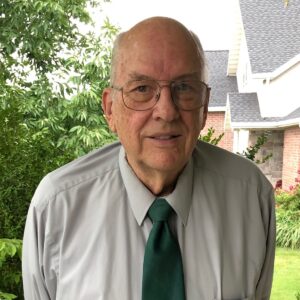 Boyd F Montgomery, passed away peacefully on December 31, 2021 in Brigham City, Utah. He was born on February 1, 1941, to Jay H. Fullmer and Beth Sandstrom. He was later adopted by Daniel Montgomery. Boyd graduated from Granger High School. He joined the United States Navy in 1959.  Boyd married Diane Pauline Bjerregaard on February 7, 1964. She preceded him in death on January 19, 2019.

Boyd was employed by the US Government and worked as an electrical engineer on aircraft. He enjoyed watching television. Boyd loved his dogs and trains.

He is preceded in death by his parents; brother, Lee and wife, Diane.

Interment will be in the Tremonton Cemetery where Military Honors will be accorded.

Click this link to view additional details about Boyd’s Services, including any available live streams: https://my.gather.app/remember/boyd-f-montgomery