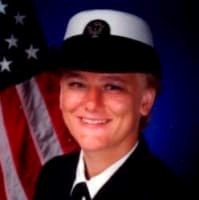 Our sister, Karen Sue Dykstra, 56, passed away unexpectedly in her sleep at her home in Brigham City, Utah, on May 19, 2022. She was born in Ogden, Utah, on June 2, 1965, to Martha and Philip Dykstra and was the youngest of seven children raised in Brigham City. The family enjoyed camping trips and skiing together while they grew up. Karen loved to swim and was on the swim team in high school. She graduated from Box Elder High School in 1983 and worked on a dude ranch in Wilson, Wyoming, the following two summers.

One of the highlights of her career came in 1990, was when she was assigned to the USNS Mercy Hospital Ship. She was deployed to the Persian Gulf during Operation Desert Shield/Desert Storm to provide medical support to Multinational Allied Forces. Eight months later the USNS Mercy returned to its homeport with a huge welcoming on The San Francisco Bay. When she finally descended The Mercy onto land in Oakland, CNN captured and broadcast the emotionally charged surprise reunion with her mother and sister, Ann.

In 1999, Karen proudly earned an Associate’s Degree from Chaminade University of Honolulu while she was stationed in Hawaii. Also, during this time she was honored to have her brother-in-law, Dave who was a Naval Officer, swear her in to reenlist in the Navy on Kailua Beach before she moved to her next duty station.

While in Millington, Tennessee, as well as in San Diego, she was active with the Navy Surface Warfare Association, with women who were in the WAVES (Women Accepted for Volunteer Emergency Service), and received a Service Award for her dedication and volunteering.

During Karen’s retirement in 2011, she moved with her beloved dog and constant companion Morgan, to Brigham City to care for her mother, Martha whose health had started to decline. Karen’s dedication and love that she showed her mother, allowed Martha to continue to live in her home longer than she could have without Karen’s care.

After moving to Utah, her love of animals inspired Karen to enroll at Broadview University in Layton and she earned an Associate’s Degree as a Veterinary Technician.

In 2017, after living in Layton for a few years, she bought a new home and moved back to Brigham City. Shortly after she moved, she hosted a lovely house warming party and even hired a harpist to serenade guests. Neighbors would frequently encounter Karen walking Morgan and engaging in conversation with them. In recent months she would be seen walking her new puppy, Lily.

In her leisure time she enjoyed doing needlepoint and puzzling along with being passionate about watching NASCAR racing! She enjoyed traveling and recently did a cruise to Alaska and went to New England to see the fall colors.

Her love of animals, sense of humor, laughter, kindness and generosity will truly be missed by all of those whose lives she touched.

She was preceded in death by her parents, Martha Dykstra and Philip Dykstra, and her beloved dog Morgan.

In lieu of flowers, you may donate to the American Society for Prevention of Cruelty to Animals or to The Bull Terrier National Rescue.