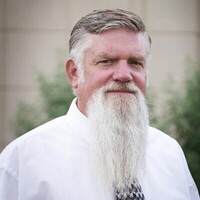 Brent’s great love of animals and adventure began at a young age. He moved with his family from California to the family farm in Downey, Idaho, where he helped milk cows and move sprinkler pipe. There he spent many golden days outdoors catching rattlesnakes, foxes, and any other creature that snared his attention.

As a youth he enjoyed basketball, soccer, football, and mountain man rendezvous events. Brent graduated from Marsh Valley High School Class of 1983 and worked for a time modeling and handling the sound for local dances and programs.

At the age of 19 Brent was called to serve a mission for the Church of Jesus Christ of Latter-Day Saints to Denmark. The years he spent there instilled in him a fierce love for the people, language, and culture that carried throughout his life.

Professionally, Brent worked in several capacities, some of which include auto safety design – for which he obtained several patents – engineering, teaching, and, suitably, a pet store.

Brent married Briget Tomlinson in 1989 and later divorced. He and Rosemary Fawson married December 29, 2006 in Salt Lake City, UT and spent much of the following fifteen years traveling the world before settling once again in Downey.

He loved his land, his family, his country. He enjoyed riding his Harley motorcycle, trying exotic foods, and watching Jazz games. Brent’s courage, strength, and quiet generosity will be acutely missed.

In lieu of flowers the family has set up a fund to assist with funeral and end of life expenses: https://gofund.me/9166d93f.