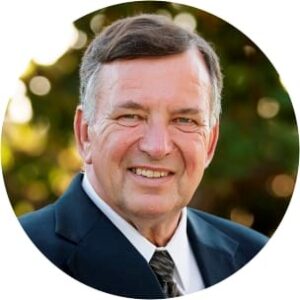 Our loving husband, dad, grandpa, great grandpa and friend, John Wells Ellertson, passed away suddenly on May 26, 2022. John was born on August 19, 1948 to Betty Elaine Straub and Wells E. Ellertson, in Payson, Utah. John graduated from Juab High School in 1966 and then attended College at Maricopa Community College.

John married his high school sweetheart, Judy Houghton on August 26, 1967. They were later sealed in the Manti Temple on May 22, 1971. They have four children, Lori, Wade, Adam and Mark. John grew up working on the family farm and other neighboring farms in Mona, Utah. John worked at NRP in Nephi for 20 years then moved to Brigham City where he worked at Thiokol as a Lab Tech until he retired after 25 years. While at Thiokol he was co-inventor/receiver of 5 US patents 2003-2007 thru Thiokol Space Development. In 2008 he was awarded NASA’s Distinguished “Silver Snoopy Award”.

John was an active member of The Church of Jesus Christ of Latter-day Saints and served at the Brigham City Temple for 5 years. John loved growing up on the farm. He enjoyed hunting with his sons and brother. He liked camping, sports, and yard work. Above all he loved spending time with his family and watching the grandkids, that he called ” his little people”. The family wants to thank all of John’s friends at Smith’s grocery and pharmacy and the friends, neighbors and family that have watched out for him over the years. John was everything good, to know him was to love him and will be greatly missed.

He is preceded in death by his parents; brother Clinton Ellertson; grandsons Wyatt and Caden Ellertson.

Friends may leave condolences at www.gfc-utah.com.

Click this link to view additional details about John’s Services, including any available live streams: https://my.gather.app/remember/john-ellertson