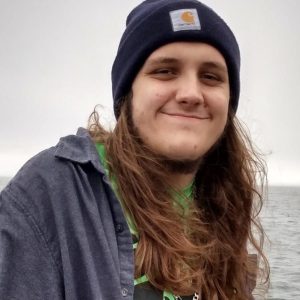 Our hearts are broken as we announce the passing of Jesse Edward Albiston. He lost his battle with depression on July 27, 2022. He had a fragile soul and the troubles of the world overcame him, so he left with heartache and a broken spirit. He was born in Logan, UT, on September 13, 2000 to Jerry Edward Stone, and Jerimi Albiston. He was raised by his adopted parents (and grandparents) Richard LeRoy Albiston, and Karen Ruth Jensen Albiston, who all deeply love him.

Jesse was a beautiful child of God who loved his family. He was a gentle soul and loved the people in his life wholly. He had a charming personality that won the hearts of many the moment they met him. His sense of humor made everyone laugh and think.

Jesse loved scouting and all of his great leaders. He loved the adventures they went on, and the cool things that they made. He was especially proud of the snow shoes he built and recalled the love/hate relationship he had with hiking. He enjoyed spending time with family and friends, the color red, music, and fishing. It was always a pleasure to be around Jesse even though he never felt his own worth. Yet, he was a gem. Jesse will be sorely missed, and we already long for the day we can be reunited as a family. Jesse wanted us to celebrate his life, and not mourn our loss, but we will have to do a bit of both.

He is survived by his mother Karen, and other family: Jerimi (Kevin), Rex (Candace), Adam (Amber), Kayci, Stephanie (Greg), Wesley, Dalys (Jeff), and Erica; his brothers Richard, Bridger, and Dakota, and His cousins Kira, Elianna, and Miryah who were like sisters to him, and his sweet Aunt Renee.

He is preceded in death by his father, Jerry Edward Stone, his adoptive father, Richard LeRoy Albiston, and his grandmother Shelia Ann Knott Anderson.

There will be a viewing at the Paradise 3rd Ward on Tuesday evening, August 2, from 6 pm – 8 pm.

Graveside services will be held at the Paradise cemetery on August 3, from 9 am – 10 am.

Family will meet at the church for a family prayer and a procession to the cemetery at 8:30 am.

A special thanks goes to Cache Valley Mortuary, Paradise 3rd ward for all their love and support, and the many dear friends who have reached out in love.