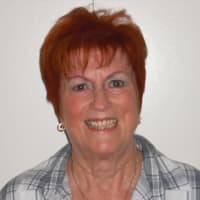 Our loving mother, grandmother, great grandmother, great great-grandmother, sister, aunt and friend, Jean Marie Carr, 82, passed away peacefully at her home surrounded by her family on Monday, July 18, 2022.
She was born on December 8, 1939 in Miami, Florida.  Jean graduated in Hawaii and attended college there.
Jean married her sweetheart, Arthur Louis Carr on April 2, 1960 in San Diego, California.

She worked for the Utah Department of Transportation at the Perry Port of Entry as an agent. She retired from the State of Utah in 1999.

She enjoyed her cruises and traveling with family and friends. She had a green thumb and enjoyed gardening in the Brigham City community garden. She was an avid card player and it didn’t matter if it was Bingo, Party Bridge, Pinochle or slots at Fort Hall, she excelled at it all. She had many friends and loved being with them.

Jean is preceded in death by her father Stan, her mother Thelma, her sisters Barbara and Donna, and her daughter Kelly Jean.