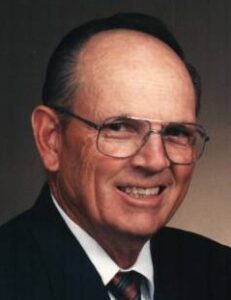 Frank was born to Joseph Vernal Hill and Cristina Gee on April 14, 1928, in Garland, Utah. He was the sixth of 16 children and spent his childhood years in both Garland and Clear Creek, eventually graduating from Bear River High School. He went on to attend and graduate from Utah State University with a degree in Industrial Management.

Frank served as a full time missionary for the Church of Jesus Christ of Latter-day Saints from 1950 to 1952, serving in the Great Lakes Mission, where he shared his testimony of Jesus Christ and the Book of Mormon. Throughout his life he stayed in contact with many of the people he met and taught during his missionary service, and sharing the gospel of Jesus Christ was a life-long goal for Frank.

Frank entered military duty as a member of the United States Army in 1952 and was stationed at Fort Ord in Monterey, California as well as the Presidio in California during the Korean War (Military Police). He also served in the Army Reserve and the National Guard. Later in life, Frank was able to participate in the Utah “Honor Flight” trip to Washington DC which was a highlight in his life. When people would see Frank’s US Army hat mentioning his service during the Korean War and would thank him for his service he would get emotional. He felt it a privilege to serve his country.

The greatest blessing in Frank’s life was meeting and marrying Bonnie Pugsley. Frank and Bonnie were married June 18, 1953 in the Logan Temple. They lived in Pacific Grove, California, early in their marriage, Logan, Utah, for their schooling, and in Tremonton, Utah, for the majority of their married lives. Frank and Bonnie were blessed with five children and their family became the center of their attention. Bonnie was at the center of Frank’s life for more than 70 years.

Frank was employed at Thiokol for six years and the rest of his career was spent in civil service at Hill Air Force Base in Foreign Military Sales (22 years). This was also an active time for Frank in service in his church where he served in various capacities. He particularly loved being a home teacher and was known for sharing a simple and powerful testimony in the many wards his family was a part of over the years.

Later in life Frank and Bonnie served as full time missionaries for three months in St. Maries, Idaho as part of the Spokane Washington Mission and then they served for 15 months in the India Bangalore Mission where Frank served as 1st Counselor to the Mission President (1995-1997). For years after their service they enjoyed hosting their friends from India in their home. After their service abroad, the Hills served as temple workers in the Logan Temple from 1997 to 1999.

Frank found joy in working and being outside. He loved to camp with his immediate and extended family and carried on that tradition for decades. You could find Frank in his garden most of the year, where he grew just about every vegetable that grows in Northern Utah. Many of Frank’s grandchildren learned to plant, weed, water, and harvest in his productive garden. If you wanted to learn to fish you could follow Frank up Smithfield Canyon, Clear Creek, the Blacksmith Fork River, Tony Grove, or just about anywhere else trout can be caught on a worm. He loved hunting with his family members over the years. He was committed to serving his children and grandchildren and spent many hours in his family members’ backyards, on their roofs, in their basements, and anywhere else they needed help. If there was a need, he wanted to meet it.

Frank and Bonnie truly saw the world as they travelled throughout their lives. Frank particularly loved to drive around the United States so he could “see the beautiful country” with his sweetheart. When you walked into the Hill’s front room you would inevitably see Frank’s scriptures open by his chair. He was a life-long student of the scriptures. Above all, Frank sought every opportunity to share the gospel with those he came in contact with whether it was in town or on the other side of the world on vacation. Frank deeply loved being a missionary and wanted everyone to enjoy the blessings he enjoyed.

Frank is survived by his sweetheart and wife of 67 years, Bonnie Hill, and their five children, Julie Ann (Dennis) Tolman, Leonard (Holly), Lorraine (Jim) Christensen, Todd (Karen), and Janese (Brian) Mickelson, as well as siblings Theron (Thora), Dorothy Thompson, Glen, and Mary Tracy. He also leaves behind many happy grandchildren and great-grandchildren who will miss his little pranks and jokes as well as hearing his stories and encouragement. Frank was preceded in death by his parents, a stillborn daughter, and siblings Hilda, Randolf, Carl, Norma, Don, Merrill, Maxine, Dorline, Jay, Gerald “Buck”, and Burk.

The funeral service will be live streamed for those unable to attend and may be viewed by clicking here.

Frank’s family would like to thank all those who served Frank and Bonnie over the years as well as the Tremonton 11th Ward Relief Society, ministering brother Kevin Nordgren, Canyon Home Care and Hospice, Dr. Jan-Erik Schow and staff, and those who worked with Frank at the Huntsman Cancer Institute. We are truly grateful for all of those who have reached out to express condolences and love.

In lieu of flowers or gifts, Frank would be honored if you made a donation to the general missionary fund of the Church of Jesus Christ of Latter-day Saints.