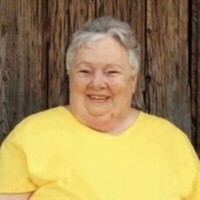 Donna was born in Lava Hot Springs on August 8, 1935, daughter of Edward Roberts and Rose Higgins. Donna was born with her twin brother Donald Ray, who passed away at birth. Donna survived and spent the next several weeks in a shoe box on the family’s wood stove.

After graduating from Marsh Valley High School, Donna married Gerald Scott of Malad City in Elko, Nevada on February 7th, 1955. Donna and Gerald made a home in Glenrock, Wyoming where they raised their two children.

After Gerald’s retirement in 1991, Donna and Gerald returned to Malad, where they raised their 6 grandchildren. Donna worked in the office at the South Apartments as well as volunteered at the local SEICCA office.

Donna was a great cook, and loved preparing Sunday dinners and spending with her family. She also enjoyed camping, fishing, helping anyone that needed it, watching her great-grandsons’ sporting events, and of course shopping.

Donna was preceded in death by her husband Gerald, her brother-in-law DeRay Scott, her sister Vena Burgin and two brothers. It gives us comfort imagining Donna’s sweet reunion with Gerald, DeRay, her twin brother and the rest of her family.

Services will be held on Thursday May 12th.

Viewing will be held at Horsley Funeral Home at 11:00 with the funeral at noon. Followed by graveside services at the Malad City Cemetery.

The family would like to send a special thank you to all of the hospital staff, the ambulance team, and Hands of Hope that helped in the last few days and weeks, as well as the Horsley Funeral Home.