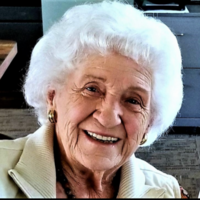 Carol H. Daniels passed away on October 6, 2021 from complications due to Covid-19.

Carol was born and raised in Samaria, Idaho in Oneida County, Idaho.  Her parents (Stephen J. and Margaret J. Hughes) lived and worked on a small farm/ ranch, where they taught Carol and her 5 younger brothers and sister the value of hard work.   What they lacked in the way of monetary wealth, they made up for in love for each other, their extended family and community neighbors.  Carol, the oldest child, spent her summers working side-by-side with her father and uncle, tending to the livestock, raising, and harvesting crops, cutting, hauling and stacking hay.   Working alongside her mother, Carol learned to cook, garden, sew and care for her younger siblings.   It was an idyllic childhood and one she fondly talked about.

In the summer of 1953, just after graduating from Malad High School, Carol caught the eye of a handsome young man from Malad who had just received his 2nd Lieutenant commission from the Air Force.   After dating during the summer, Dale left for Germany, but part of his heart was left behind in Samaria.   Finally, in October of 1954, Dale proposed to Carol and arranged for her to fly to Germany. Carol hadn’t ventured further than Boise, Idaho, and the thought of putting her daughter on a plane, alone, to fly all the way to Germany brought her mother to tears.  But Carol followed her heart and married Dale in the local Rathaus (courthouse) in Munich on November 11th, 1954.   They lived in Munich for their first year of marriage, before returning home to Malad in the fall of 1955. Their marriage was later solemnized in the Logan LDS temple.   During their 65-year love affair, they were inseparable.  Their love and devotion to each other will never be forgotten.

After a few years of marriage, despite unsuccessful attempts to have children, Carol and Dale adopted two sons, Jeffrey Dale and Stephen Russel.   The boys were the joy of Carol’s life – she supported them in all their activities growing up.  And she was so proud of the grandchildren and great-grandchildren born into the family over the years.   Family meant everything to her.

Carol loved music!   She was a founding member of the Malad Community Chorus where she sang and performed all over the world.  She sang at baptisms, funerals, in church and for the Idaho Gubernatorial Inauguration in 1978.    Performing brought her great joy and her devotion to the choir has blessed the Malad community for over 30 years. There’s no doubt she’s singing now in a heavenly choir.

Funeral services will be held in the Malad 3rd Ward on Wednesday, October 13 at 12:00 noon.

Interment will be in the Malad City cemetery immediately following the funeral services.