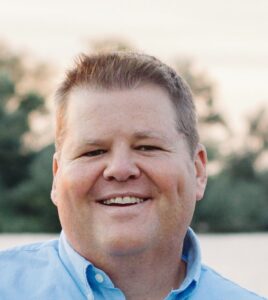 Bryce Pierson Mumford, 41, passed away peacefully surrounded by family on Saturday Dec 4th, 2021 at IMED hospital in Murray, UT from complications due to COVID-19. Bryce was born on September 5th, 1980 in San Antonio, TX to Ronald Eugene Mumford and Carol Diane Goff Mumford.

Bryce grew up on the family farm in Clifton, ID where he learned how to work hard alongside his brothers and uncles. He was a Westside Pirate through and through, and participated in FFA, football and wrestling during his years there. After graduating from high school, he served a full-time mission in Tampa, FL where he made deep friendships that lasted the rest of his life. Upon returning from his mission, he attended BYU-Idaho where he was an assistant director of their Rec Sports Program and graduated with a Bachelor’s Degree in Communications.

In 2008, Bryce met his perfect match, Alissa Petersen and on October 17th of that same year they were sealed for time and all eternity in the Logan, UT temple. He also began his graduate program at BYU that year and in 2010 graduated with his Masters in Public Administration. After completing his Master’s Program Bryce worked in city government in Wichita, KS and Provo, UT and County Administration for Cache County where he worked until the time of his death. Bryce also served in many church callings throughout the years but his favorite and most rewarding was his current calling as the Primary Chorister.

Bryce is preceded in death by his brother, Marcus, Mother-in-law Vernene Petersen and his grandparents.

The family would like to thank the CICU staff and other health care team members at IMED in Murray and the Logan Regional Medical Center ICU team for their exceptional care and unparalleled compassion in caring for Bryce. They would also like to express their appreciation to the IMED Kidney Transplant team, dialysis nurses and staff at DaVita in Provo for their help over the years. In lieu of flowers the family would ask that blood or monetary donations be made to The American Red Cross.

During his college years Bryce was diagnosed with renal failure and received his first kidney transplant in December of 2004. He had two more kidney transplants in 2018 and 2019 following 4 years of dialysis. But he never let that stop him from living his life. He took every opportunity to get in a round of golf, enjoy a BYU football or basketball game and spend time with his family. A more loyal friend, loving husband and devoted father you will never find. He leaves a void that will never be filled.

The services will be streamed live and may be watched Monday at 12:00 pm (MST) by clicking on the following link:

Interment will be in the Clifton Idaho Cemetery.