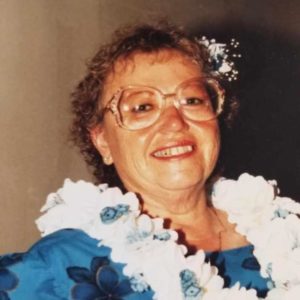 Born January 21,1936 to John and Marie Schadegg in Chicago, Illinois where she was raised as an only child.

She moved to Las Vegas, Nevada where she spent most of her life raising her children. She moved to Logan in 2017 to live with her daughter.

She was an active member of The Church of Jesus Christ of Latter-Day Saints. Her favorite calling was working in the Library and she enjoyed genealogy work. She owned her own business in Las Vegas, Nevada and was very outgoing and very social. Her hobbies were knitting, crocheting, sewing and needlepoint. She was an in-home professional cake decorator for many famous people. She could throw a fork like nobody’s business!!

She was preceded in death by her parents and her oldest daughter Therese Young.