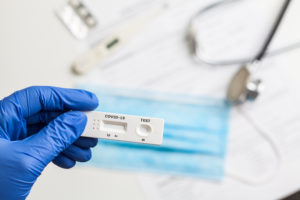 A pair of Cache County men, both between 65-84 years of age and both hospitalized at the time of their deaths, are among the 14 new COVID-19 fatalities reported by the Utah Department of Health (UDOH) since Wednesday. There have been 165 residents of northern Utah die of the coronavirus during the pandemic.

With 2,267 new COVID positive cases in Utah since Wednesday, there have been 558,630 total cases in the last 20 months. The UDOH said 178 of the total cases reported Thursday were found in northern Utah.

The case count in Cache, Box Elder and Rich counties has reached 31,109. Nearly  30,000 COVID patients in northern Utah are considered “recovered.” Since the outbreak began 1,438 in the Bear River Health District have been hospitalized.

With 11,282 people vaccinated since Thursday, the number of Utahns fully vaccinated is now 1,760 million, nearly 53 percent of the state’s population. Almost 3.8 million doses have been administered.

Currently 89,588 in northern Utah are fully vaccinated and 188,083 total doses have been administered in the Bear River Health District. Total population in the three counties of the district is 186,818.

Utah’s new rolling seven-day average for positive tests went up to 1,529 a day.