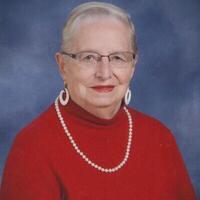 Shirley Jean Coram, age 90 of Marceline, passed away peacefully on January 10, 2021. A Celebration of Life will be scheduled at a later time. Interment of ashes will be private.

Shirley Jean Bailey was born on November 12, 1930 on the family farm near New Boston, Missouri to A.T. “Tommy” and Viola (Bate) Bailey. Her early years were happily spent on the farm, but her mother’s health led the family to move to Brookfield, Missouri where Shirley graduated from Brookfield High School in 1948.

Shortly after, she married J.T. Epperson of Brookfield. Together they started their family with the arrival of a daughter, Margaret, and two sons, Dell and Richard (Rick).

In 1959 she married Paul A. Coram, adding to their family with the arrival of another son, Paul II. In 1961 the family moved to Marceline when Paul opened the satellite studio of KGHM. Shirley began working as a typesetter for the Brookfield Daily News- Bulletin, riding her Honda 50 cc motorcycle to Brookfield and back through all weather for several years. She later worked as the office manager for a local utility company before joining Pischel Publishing (later Herff Jones) as a copy typist. When Paul’s job took him to Logan, Utah, Shirley worked for a veterinary medical company for six years.

Following Paul’s retirement from a Herff Jones subsidiary in Lewiston, Minnesota in 1991, the couple returned to Marceline. Together they spent their retirement years active in church activities and the local car club. The spent 15 winters in Gulf Shores/Orange Beach, Alabama, and traveled extensively to visit family and friends. She was forever and always a country music fan, having attended many Fan Fairs in Nashville, and was a lifelong member of Johnny Cash’s fan club.

In addition to her parents, Shirley was preceded in death in 2014 by Paul, her husband of almost 55 years, as well as two sisters, Margaret Evelyn Bailey and Phyllis Bailey Hutfles.

Memorials may be made to the Bethany Baptist Church, where she and Paul were members for over 50 years or to the Marceline Carnegie Library and these may be mailed to Delaney Funeral Home, 1720 North Missouri Avenue, Marceline, MO 64658.

Condolences and memories may be shared with the family at Delaney Funeral Home.