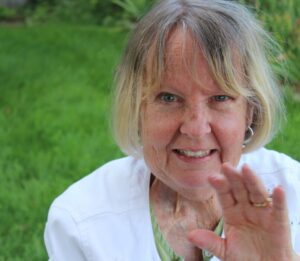 Sheryl passed away peacefully at home surrounded by her loving family. She courageously battled with Parkinson’s disease. She was known as a devoted wife, mother of four, grandmother of 12, and great-grandmother of six.

Sheryl was born December 4, 1947, to Linda Athleen (Felt) and Ray Hardy in Brigham City. She would become the oldest of six children. She was raised in Brigham City, and created cherished memories with family and friends. When she was 11 years old, she was diagnosed with Thyroid cancer. Her dear Uncle George Lowe was a surgeon, and performed the surgery successfully. From that point on, her and George always had a close relationship. As she grew, being the oldest, she was a second mom to her five younger siblings when their mom was sick.

Sheryl attended schools in Corinne and graduated from Box Elder High School and LDS Seminary in 1966. While at a stake dance in the summer of 1961 she met her future husband, Norwin Andreasen. She wrote to him while he was on his mission to England. After his service to the Lord was done, they were reunited to later marry. They were married and sealed for time and all eternity August 18, 1967, in the Salt Lake City Temple, and the rest is history.

As their marriage continued, they grew their family. They were blessed with their four “Terrible T’s”, Tami, Todd, Travis, and Tracy. Being a mother was a blessing in Sheryl’s life, and she treasures each one of her children. They all were able to continue their legacy, and make her a grandma also one of her favorite titles.

Her favorite past times was spending time with her grandkids and great-grandkids. She was an avid supporter of all of their games, activities, and numerous performances. She rarely missed an opportunity to see her grandkids doing something they loved. She had a love of traveling, and of seeing new and different places. She loved genealogy and scrapbooking, and was proud of her rich heritage and was always willing to share a story or two about it with her perfectly crafted scrapbook page. She was also an avid shopper, looking for the best seats, and had a knack for finding the best deals.

During her life she had several work opportunities. She worked for the IRS, Brigham Apparel, Thiokol Credit Union, Bear River Social Services, and later becoming a Drug Court Manager for Cache and Box Elder counties. As she worked with many in Drug Court, she was able to apply her divine gift of love and concern for others. She influenced and blessed many there in her 28 years at Drug Court until her retirement.

Sheryl was a faithful member of the Church of Jesus Christ of Latter-Day Saints, and served in various callings. She was blessed to work alongside her devoted companion, Norwin, in the Logan UT Temple for 2 years. They loved the time they spent together there, and were able to grow and learn together more. While they lived in Smithfield, they loved their empty nester group and those who were a part of it.

She was preceded in death by her parents Ray and Athleen Hardy.

A special thanks for our Dad who took care of Mom through all of this terrible disease. Also, thank you to James and Teresa from Envision Hospice Care for making Mom comfortable in her time left of her journey here on Earth. Thanks to the Smithfield 20th Ward family for their treasured friendship and support. And thank you to the Brigham 21st Ward for the family luncheon.