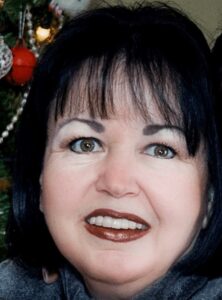 Rebecca Elizabeth Lewis was born January 29, 1955 in Hayward, Wisconsin to Philip Harry Delapast and Neva Jean Belille. Her childhood was spent on the Lac Courte Oreilles Reserve in northern Wisconsin. She and her family moved to St. Paul, Minnesota, where she graduated high school at the age of 16. It was in St. Paul where she met her eternal sweetheart, Derwin Lewis. She was baptized a member of The Church of Jesus Christ of Latter Day Saints when she turned 18. They were married on November 23, 1973 in Ogden, Utah. Six months later, they were sealed for time and all eternity in the Manti Utah Temple.

Rebecca and Derwin spent many years ‘chasing bees’ in Huntsville, Utah, northern Idaho, northern Alberta, Canada, southern California, and back to her roots in Wisconsin. During these years Rebecca studied at Weber State University and LCO Community College. She was Co-Chair woman on the Lac Courte Oreilles Tribal Council for ten years, striving to change her community for the better.

In 1997 Rebecca and Derwin moved to Liberty, Utah. She worked for the Internal Revenue Service for over twenty years. On January 2, 2012 Derwin left this world, leaving a hole in Rebecca’s heart. In November of 2017 she moved to Hyrum, Utah, where she spent the remainder of her life. On November 23, 2021, at the age of 66, on what would have been her 48th wedding anniversary, she passed from this life and into the arms of her sweetheart Derwin. She strived to serve others in need and uplift those who were in need of support. She was honest and blunt. Her testimony of Heavenly Father and the gospel was unmovable.

She is preceded in death by her parents, her husband, and by her brothers Philip Harry Delapast Jr., Robert Delapast, and Nelson Barber.

Honoring Rebecca’s request, there will be no viewing held.

Condolences and memories may be shared with the family at Sunset Valley Mortuary.