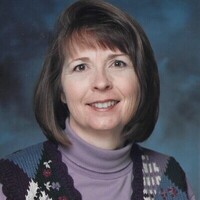 Patricia Marie Anderson Showell, 66, of Stone, Idaho passed away at home on September 21, 2021 after losing her battle with multiple myeloma cancer.

Patricia was born on October 9, 1954 in Fort Belvoir, Virginia to Dan and Cherril Anderson. She was the third of eight children. Being in an Air Force family, Patty lived in numerous places throughout her childhood including Washington, D.C., San Antonio, Texas, Okinawa, Japan, Fairborn, Ohio, the Philippines, Bellevue, Nebraska, Malad, Idaho, Salt Lake City, Utah and Stone, Idaho.

Patty graduated from Malad High School in 1973. She married her eternal companion and soul-mate, David Showell, on June 18th 1977 in the Salt Lake City Temple. They made their home in Stone, Idaho where they raised four children. Patty was a very supportive mother who attended almost every sporting event, recital, talk, or activity in which her children chose to participate. At the birth of each grandchild she would stock the freezers full of meals and provide every blessing afghan, blanket, bib and burp pad that was needed. She easily transitioned from attending her children’s events to her grandchildren’s. She was so proud of each one of them and enjoyed being a part of their achievements.

Patty loved her job as a librarian at the Malad Middle School where she worked for 18 years. Her love for reading was evident in the many bookshelves that filled her home. She was an active member of the Church of Jesus Christ of Latter-Day Saints and spent her time in Christ-like service. Patty was well-known for her delicious poppy-seed cakes that she would deliver throughout the valley each Christmas. Most family and friends of Patty have at least one afghan, blanket, baby bib, dish towel, or other item that Patty made. She was a skilled home-maker and enjoyed providing those she loved with gifts she made from her own hands.

Patty was diagnosed with multiple myeloma in December of 2013. She fought through two stem cell transplants and multiple other complications with a strength and determination that inspired all of those around her. Because of her bravery and strong-will, we were blessed with an extra eight years for which we are truly grateful.

She is preceded in death by her father, Dan Anderson, her father-in-law, Jess Showell, brothers-in-law, Mark Showell and Kip Orton, and sister-in-law, Karla Johnson.

Funeral services will be held at the Curlew Ward in Snowville, Utah on Tuesday, September 28, at 12 noon.