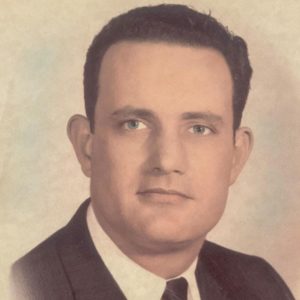 Neil D. Hawkins, passed away peacefully at his home in Wellsville UT at the age of 91 at 2:55pm On July 18th.

He was born April 30, 1931 to Everett Abner Hawkins and Louise Parker Hawkins in their small home in Fresno, CA. He was the youngest of 3 boys and later had a younger sister. Neil grew up during World War I and later served his country in the California National Guard.

He met his first wife, Bonnie Rae Butler, in the late 1940’s after WWII. They were married May 28, 1949. They had 7 children. His driving career began after, as a mechanic for a school district, he was asked to fill in for a sick school bus driver. He liked it so he went to work driving for Fresno City Bus Lines. In 1957 he began work driving for Greyhound Bus Lines. He retired from Greyhound after 35 years.

Neil joined The Church of Jesus Christ of Latter-Day Saints in 1960. He always said that was the best thing he ever did. He loved the Lord and his teachings. He served in many callings during his years in the church including Bishop’s Counselor, High Councilman, Branch President and Counselor in an Asian branch. He was predeceased by his first wife in 1976.

Neil married Susan James in the Oakland Temple November 4, 1976. They have 3 children. He was also predeceased by one child, Wayne Lee Hawkins.

A viewing will also be held on Thursday evening from 6-8PM at Allen-Hall Mortuary, 34 E Center St, Logan, UT.