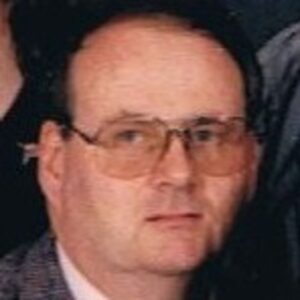 Michael Wayne Aldred, 68, passed through the veil on Wednesday, September 22, 2021. His eternal companion, LuAnn, was at his side. Mike fought a brave battle through 5 years of end stage kidney disease and peritoneal dialysis. On June 25, 2021, he took a fall, hit his head and suffered a traumatic brain injury resulting in a subdural hematoma which ended his mortal life.

Mike was born on December 9th, 1952 to Paul William Aldred and Frances Mildred Bundy Aldred. He was the 4th son born to this union. His older brothers were Roger, Joe, and Gary. Four years later his brother Robert was born to complete this family. Mike attended schools in Vale,Oregon graduating from VUHS in 1971. He went on to attend TVCC graduating in 1973 with an Associates of Arts Degree in Elementary Education and then attended EOSC in LaGrande, Oregon graduating in 1975 with his Bachelor of Science Degree in Education. Mike’s dream was to be a teacher in levels K-9. His dream was not able to be fulfilled at that time. Teachers were a dime a dozen then and they were limiting their hires of male teachers so he helped in his family business of Aldred Electric Shop working along side his father Paul and brothers, Roger and Joe. The family decided to expand the business and Mike became the owner manager of Aldred Appliance and TV also based in Vale.

In May of 1977, Mike was invited to his cousin Barbara’s home for dinner. He was to meet her nurse from the doctor’s office where she was a patient. Turned out that she was the girl he had hit with his car in the fall of 1971. They also graduated from TVCC together in June of 1973. There is a picture of them marching together at graduation in the TVCC annual. Mike and LuAnn (Nelson) were married for time and all eternity in the Salt Lake Temple September 9, 1977. They made their first home in Ontario, Oregon where LuAnn still worked for the doctor and Mike worked in Vale. In March of 1978 they moved to Vale, Oregon. While in Vale they started their family, and Matthew Wayne was born in July of 1978 Two years later, Mary Frances joined her brother in August of 1980. Lori Ann made her entrance in March of 1983 .
Mike’s parents deeded the home and land on the hill to Mike and LuAnn and that’s where they started to raise their family. Lots of room to run and play. Matt always wanted a brother and his request was granted March of 1990 with the birth of his brother, Nicholas JoeAlan. Matt was a good big brother reading him stories and playing with him. The 3 older ones were his protectors. Mary was like a second mom to him an Lori pushed him around in the laundry basket to protect him from any mischief he might get in the middle of. About the time Nick was born, Mike was able to live part of his teaching dream by substituting for 6 years at various schools in different districts. Then applied for a teaching position at MCCDC for 9 years as a pre-school teacher and then the Education Specialist. He continued his passion for teaching kids by attaining certifications in Intensive Behavioral Intervention, Developmental Disabilities, Developmental Children Specialist for ages 3-17 and finally Psychosocial Rehabilitation from the University of Idaho in 2005.

He loved the children he worked with specializing in kids on the Autism Spectrum, their parents and teachers. Kids were his great love and he enjoyed watching them excel. He worked for A&R Case Management, All Seasons Mental Health and then as a Direct Support Specialist for Southern Oregon Aspire and Mentor Oregon retiring in February 2015 due to his back issues and prior surgery. In 2010, Mike and LuAnn moved to Southern Oregon with Matt’s family for a while. They then moved in town to a 4 flex in Klamath Falls, Oregon. In May of 2017, they moved to Brigham City, Utah to be closer to Nick and his family as they were still having children and so LuAnn could be close to a heart surgeon if needs be as she still has aortic insufficiency also to be closer to better medical care for both of them. In November of 2017 Mike was diagnosed with kidney disease as the doctor in Klamath Falls would not give him and medication for his high blood pressure. He really wanted a kidney transplant and his niece, Sarah, really wanted to be the donor. She loved her Uncle Mike and wanted to help save his life. For unknown reasons the University of Utah would not let Mike have a transplant and would not even test Sarah as a match. Therefore, Mike lived he rest of his life on peritoneal dialysis for the past 4 almost 5 years.

Mike has been an active member of the Church of Jesus Christ of Latter-day Saints and has served in many capacities including Executive Secretary, Primary teacher, librarian, Young Men’s secretary, ward clerk and he and LuAnn enjoyed being Temple workers in the Medford Temple. Mike and LuAnn were also Family History Librarians for the Family History Center in Ontario. The 2 of them, by themselves, did over 3000 family names on his mother’s side of the family. A temple worker told them they had just created a Stake in heaven. The children did the baptism and confirmations with Mike assisting and LuAnn overseeing, then initiatory, endowments and sealings of couple and children to parents. They did all this in 3 years time.

Mike is survived by his devoted wife, LuAnn, with whom he just celebrated 44 years of marriage on September 9th, Matthew and Jennifer Aldred and their children Troy Matthew and Jenna Josephine, Mary and Brian Rice and their daughter Hannah Stefani, Lori and Cody Short and their sons Jackson Ray, Grayson James and Branson Wayne and Nicholas and Jerica Aldred and their children Emma LuAnn and Nicholas Alexander (Xander). His brothers, Gary Lee and Robert Charles Aldred and numerous nieces, nephews and cousins.

Mike was preceded in death by his parents, Paul and Frances Aldred, brothers, Joe and Roger Aldred, his Aunt, who was raised in the family, Inez Evelyn Bundy, his nephew, Johnny Paul Aldred, his in laws, Jack and MaryEllen Nelson and numerous cousins, aunts and uncles.

At Mike’s request, the family will celebrate his life with a quiet graveside service for the immediate family of children and grandchildren and his 2 brothers due pandemic restrictions for the safety of his family.

The family would like to thank Dr. Robert Mohr, their private physician, Community Nursing Service and Hospice for their help with Mike with Home Health and Hospice and from various staff members, especially Karl, his nurse, Brett with Physical Therapy and Jessica during his end of life care of support to him and LuAnn. LuAnn would also like to Thank Phillip and Janice Greenhalgh and Loralee Dimick for their friendship and kindness since Mike and LuAnn moved to the area. Brother Greenhalgh gave Mike many blessings to help ease his pain and keep fighting. Mike and I could not have gone on without the help of these dear friends and professionals.