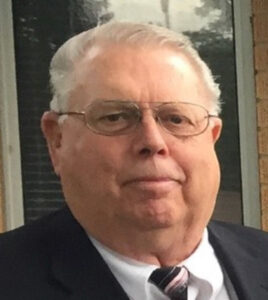 In the early morning hours of Saturday, September 11, 2021, Larry Asa Beckstead, 83, peacefully returned to his heavenly home with his wife at his side. He was born on December 2, 1937 in Preston, Idaho, the son of Ace & Elvina Beckstead.

Larry grew up in Preston, Idaho and graduated from Preston High School in 1956. In 1957-1959 he served in the Western States LDS Mission which included Wyoming, Colorado, and New Mexico. He was also a member of the National Guard Reserves for many years.

In 1960, Larry married Dorothy Ellen Petereit in the Idaho Falls Temple. They just celebrated their 61st wedding anniversary. Together they raised 6 children and 2 grandchildren.

In 2002, Larry joined with Rounds & Associates and a year later sold his business to them. He loved working with his clients and the Rounds & Associates staff. He was entering his 50th year of being an insurance agent when his health started to decline. The family would like to thank Rounds & Associates for their love and generosity shown to him over the years. We are forever grateful!

Larry, Dorothy and Family, lived in the beautiful Cub River Canyon for 45 years. He loved horses, growing a garden, and working on the 30 acres. For many years, Larry was the water master for the Cub River Acres, Inc. and spent numerous hours working on the water system. In 2019, they sold their ranch and moved to town.

Larry was an active member of the Church of Jesus Christ of Latter-Day Saints and held many church positions, including Bishop.

Larry is preceded in death by his parents, a brother, Willis Leon Beckstead and grandson Scott Beckstead.

The family would like to thank Dr. Beckstead and the Franklin County Home Health for their special care.