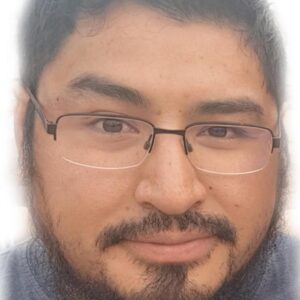 Jose Luis Velasquez passed away at his home in Mountain View Wyoming on September 9th 2021. Luis was born on January 15th 1988 in Logan Utah to his father Jose Velasquez, who he was named after and his mother Maria Guzman-Velasquez.

Luis was raised in Hyrum and graduated from Cache High in 2006. As the middle child of three Luis learned from an early age how to stand out in a crowd and anyone who knew him would tell you he was always the life of the party. Shortly after high school Luis enlisted in the Marines where he proudly served our country for four years. He always had fond memories of that time and the relationships he made.

Following his time in the military Luis worked hard, played hard, traveled far and made many, many friends along the way. He is survived by his mother Maria Velasquez, brother Johnny (Amanda) Velasquez, sister Leslie (Sean) Goodson, Girlfriend Katie Hervey, nieces and nephews, Morgan, Meghan, Dalilah, Alex, Halle, and Khalel.

He will also be greatly missed by his beloved fur baby Ms. Kitty. Services will be held at Allen Mortuary of North Logan, 420 East 1800 North on Saturday September 18th at 10 a.m.

Interment will be in the Hyrum Cemetery with military honors.