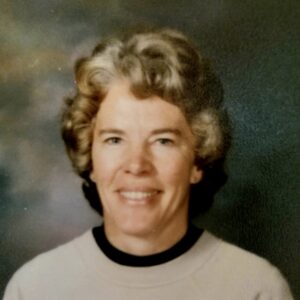 JoAnn Alleman Kempton stepped through the veil of mortality on April 19th, 2021 after a long battle with cancer and was reunited with her loving parents, family and friends.

JoAnn was the only child of Clarence Alleman and Erma Messerly Alleman born on January 29th, 1941 in Montpelier Id. She was preceded in death by her father in 1985 and her mother in 2003.

She graduated from Montpelier High school in 1959 and had a lifelong bond with many of her classmates. She then moved on to attend college at Utah State University in Logan Utah. Her next move was to work in Salt Lake City at Mountain Bell telephone company as a switchboard operator. After that she moved to Brigham City and took employment at AT&T Long Lines in their payroll department. In Brigham she was introduced to Greg Kempton.

JoAnn was a farm girl at heart. She loved her animals, whether they were cows or cats she cared for them. She raised horses from a young age and through her entire life. She particularly loved riding around the mountains and hills near her home. She also enjoyed traveling, was an avid skier and loved road tripping.

In 1981 she married her sweetheart Greg in the Logan Temple for time and all eternity. In doing so, she became the stepmother of his three young kids. She loved them like her own. In 1983 she and Greg moved back to the ranch of her youth in Nounan Id. At that time, she began working for the Bear Lake School District as a secretary at Georgetown Elementary.

In 1985 her loving father passed away and she and Greg picked up the mantle of caring for Erma and running the ranch but continued working for the school district for another 18 years. Her time at George Town Elementary was greatly enjoyed. She often told stories of her time there and she claimed most of the children as her kids.

All her life JoAnn was a faithful member of the church of Jesus Christ of Latter day saints and served the Lord in many callings. She and Greg served together in the Logan Temple for 7 and a half years as officiators. After that she and Greg served in the Branch presidency of the Soda Springs Correctional Facility for 8 years.

Through all her life a loving, kind and wise mother, grandmother and wife. She is survived by her loving husband of 40 years, 3 Children (Kemura, Dax,and Liane) , 8 Grandchildren (Cody, Branen, Jade, Saige, Chance, Hope, Taylor and Cameron) and many cousins, family and loved ones.

JoAnn has suffered from the effects of cancer over the past four years. Both she and Greg would offer their eternal thanks to neighbors, friends and loved ones who have helped them through such a difficult time. Special thanks to the staff and doctors at Bear Lake Memorial Hospital who took phenomenal care of her in her final days.

JoAnn will be laid to rest at 2:00 May 1, 2021 at a graveside service in the Georgetown Cemetery.