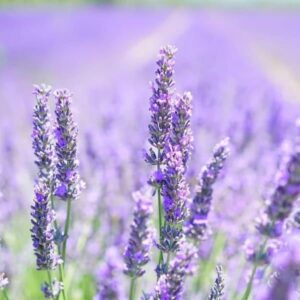 Helen Hanks Dastrup passed away peacefully at the age of 93 at her Autumn Care residence in Hyde Park, Utah on May 26th, 2022. Helen was born November 27, 1928, in Burley, Idaho to Augustin (Gus) and Olive Jane Abrams Hanks.

Gus and Olive were blessed with eight children. Helen was the 6th child with two older sisters, Barbara and Elizabeth (Beth), three older brothers, Morgan, Howard and Richard, and a younger sister and brother, Marian and David.

She grew up on the family farm during the great depression. As a child, her life was filled with love of family, and an abiding love for music, literature, and poetry. Her parents’ teachings and example of hard-work and dedication to church service blessed her life. Her earliest memory of work was churning the butter until her little arms ached. Everyone pitched in and there was always something to be done in the garden, the barn, the kitchen, or the fields. During World War II, at the tender age of twelve, when her three older brothers were overseas at combat, Helen spent hours with her father in the fields doing manual labor and keeping the farm running.

As a small child, music was a magnet for Helen. Her mother fostered this love and encouraged her to sing and to play the violin and piano. The family spent their evenings singing together and whenever they got together for any family gathering, they could hardly wait to open the hymns as well as sing from the treasured pieces her father brought home from his mission in Ireland. They each seemed to have a fun signature solo. Helen’s was “The Old Arm Chair.”

After Helen graduated from Burley High School, she attended BYU where she met Mark Butler from Susanville, California. They married September 14, 1949, in the Salt Lake Temple. They were married seventeen years and had four children, Fredrick, Jennifer, Robin, and Elizabeth. The marriage later ended in divorce.

On November 19, 1967, Helen was married to Jacob Morris Dastrup. After receiving a temple cancellation from her first marriage, they were sealed in the Oakland Temple 2 years later. Morris was serving a church building mission in Sacramento, California, when his wife died leaving him with six young children, Steven, Janice, Connie, Stanley, Kathy, and Randy. Merging these two families with now ten children was daunting but Helen and Morris wanted a “Yours, Mine, and Ours” family and added Jason to the crew. This ensured the family was bursting at the seams in the car, at the kitchen table, and at home. Helen managed to organize chore charts and keep chaos at bay while teaching her children to cook and to clean. The family started many new lifelong traditions that still carry over. The children fondly remember her rhubarb pie and cinnamon rolls.

After two years of marriage, Morris and Helen moved the family from Sacramento to Chula Vista, California, where they lived for 37 years. This was a busy and beautiful time in their life.

Helen had a lifelong gift for music and theater. She taught piano and organ as well as voice to young children. She was continually directing choirs for church (The Church of Jesus Christ of Latter-day Saints), planning many programs for road shows and Christmas concerts as well as Sunday worship for Christmas and Easter. She loved to involve the young children. Beginning as a small child, she enjoyed performing acting out plays with her siblings and by playing the piano for church and for funerals for her father to sing. At the age of 36, she was in a large production of the “King and I” where she played the lead role of Anna which thrilled her. Wherever Helen was, there was music! She had a mighty influence that is still rippling out through her students that went on to do their own grand things.

Helen and Morris moved to Logan, Utah, in November, 2007, leaving behind dear lifelong friends in Chula Vista of which they never forgot.

Helen had a powerful testimony of our Savior Jesus Christ and a deep knowledge of the scriptures. She loved to learn and teach from them. She lived by faith, and measured her life and choices with her love for God. She was a devoted wife, beloved mother/grandmother/ great- grandmother, sister, and friend. Her example and service were a beacon to others and her time on this earth will continue to bless those who learned from her. We honor and love her and are grateful to have been influenced by her.

A public viewing will be held on Friday, June 10th from 6 until 8 p.m. at the Allen Funeral Home, 34 East Center Street, Logan, Utah.

Burial will be in the North Logan Cemetery.

Funeral Services are under the direction of Allen-Hall Mortuary and condolences may be expressed at www.allenmortuaries.com