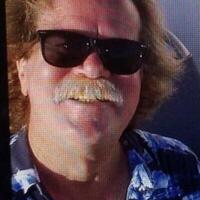 Harlow was born in Dalles Oregon on August 22 1950.Harlow lived in San Diego Cal. Until age 14 when his family moved to Kailua Oahu, Hawaii. Harlow graduated from Kailua High School. After graduating Harlow got a job at Buzz’s Steak House in Kailua where he found a love for cooking. Harlow later became a Chef and worked at Rossie’s Boathouse in Kaneohe, Oahu, Hawaii. Harlow also lived on the big Island of Hawaii. Harlow later moved to Malad, Idaho and worked at Thiokol in Promitory Ut in shipping and Receiving . After Thiokol Harlow worked for many years at Wal-Mart Distributing in Corrine Utah until he was seriously hurt and could no longer work. Harlow later moved to Maui Hawaii then back to Oahu Hawaii, Washington State, than to Soda Springs, Idaho.