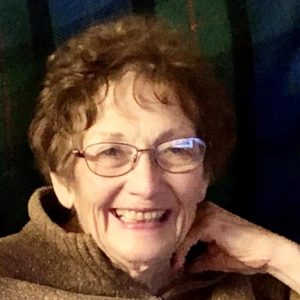 DaNece Newey Robson passed away at age 78 on June 15 at home in North Logan, Utah, surrounded by the love of family and friends.

DaNece, with her twin brother David, was born on June 22, 1943 to Harold and LaVerna Newey. Growing up in Huntsville, Utah, she was very active in 4-H, where she won many awards and ribbons and was elected to various leadership positions. She graduated from Weber High School and received her bachelor’s degree from Weber State University.

DaNece married Ross Everett Robson on August 23, 1963 in the Logan, Utah Temple of the Church of Jesus Christ of Latter-day Saints. They lived in Iowa, Maryland, Georgia, and Tennessee before returning to the Logan area, where they have lived since 1979. DaNece was very active in the church and held a variety of callings that she cherished, including Relief Society President in both Knoxville, TN and Logan, UT, Stake Relief Society Board, Primary President, Librarian, and Advisor to the LDS Sorority Lambda Delta Sigma, at Utah State University.

DaNece taught elementary school, mostly kindergarten, in Honeyville, Utah, Iowa, and Maryland. She spent the last 16 years of her career in the Logan City School District and continued to volunteer after retirement. DaNece was awarded Utah’s Teacher of the Week in 2004 by KSL Radio and Zions Bank. She also served her community as a Board of Trustees member for the Bear River Head Start program for many years. In addition to her church and teaching career, she found time to serve on the PTA and was actively involved in the Cache Democratic Party, including serving as Campaign Chairwoman for Utah Congressional Candidate Gunn McKay in 1982.

Throughout her life, DaNece continued honing the talents she first developed in 4-H. In particular, she enjoyed art, interior decorating, sewing, cooking and crafting, including basket weaving. She was loved by all she met; her smile could light a room and her kindness and compassion were her strongest traits. She will be missed.

DaNece was preceded in death by her parents and her older brother, Harold Dee.

Online condolences and the live stream link for funeral can be found at https://www.allenmortuaries.com