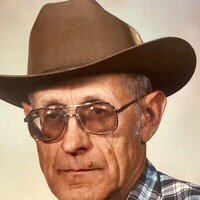 Gordon Von Millward, 89, passed away July 2, 2021 at the Regional Hospital in St George, Utah from complications following surgery. He was a resident of Washington, Utah at the time of his death.

Gordon was born May 15, 1932 in Malad, Idaho to Albert Henry Millward and Hazel Elizabeth Rees Millward. When he was a year old, his family moved to the farm in Cherry Creek, Idaho. He graduated from Malad High School May 18, 1950 and then attended Idaho State College in Pocatello, Idaho for two years. Afterwards, he returned to Cherry Creek to farm with his father. He also worked at a variety of jobs including at the Sugar Factory in Garland, Utah, Moore’s Business Forms in St George, Utah, and served as a camp host at Great Basin National Park and Enterprise Campgrounds. He loved woodworking, camping, and target practicing. He also loved Stetson hats and cowboy boots. Gordon took meticulous care of everything he owned.

Graveside services have been entrusted to Horsley Funeral Home of Malad, Idaho.

The service begins at 11 AM at the Malad City Cemetery.

The family wishes to express our gratitude for your many kindnesses in thought and deed.