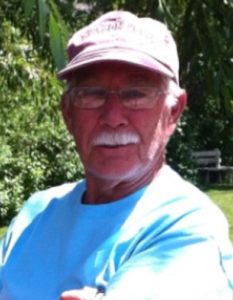 He was born on September 19, 1935 to Harold Emil and Ella Jensen Nielsen. Frank was born and raised in Ogden, graduating from Ben Lomond High School Class of 1955. He enlisted in the US Navy Reserve during the Korean War.

He was raised in The Church of Jesus Christ of Latter-day Saints and served his country in lieu of a mission.

Frank was a hard worker. From an early age he delivered papers, worked at a grocery store, and helped his dad at the upholstery shop. His primary career was in textiles at Hill Air Force Base, retiring in 1987. He was a handyman and kept busy doing many things after retirement; his work ethic never stopped.

His first marriage was to Vickie Joan Peterson in 1960; they had two children, son Tracy and daughter Joan.  They later divorced. From a second marriage, with Elaine Kenley in 1971, a daughter Kellie and son Kevin joined the family. Frank and Elaine enjoyed 49 years together.

Frank will be remembered for his fun loving nature, his kindness and well–developed sense of humor. His laugh, his mustache, his hugs; he was so many things to so many people. He was a real character and a good tease. He loved snow and water skiing, camping, golfing, fishing and time on the 4-wheeler. He always had a stick of Juicy Fruit with him and never knew a stranger.

Funeral Services will be live-streamed by clicking here and scrolling to the bottom of the page.