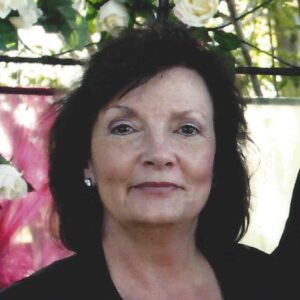 This is beautiful. This is strength. This is love. This is our Mother. Our mother is the most beautiful woman in the world, with the best heart and soul. She devoted her life to her children and grandchildren. She loved to help anyone in need and would not hesitate to do so. She had a passion for donating to charity, and she was proud to hang up those certificates and address stamps she received in return. She was loved by so many people, she touched hearts and lives in many ways. Her smile and laughter touched all of us and her legacy will live on in her children and grandchildren whom she loved more than words. She was a beautiful person inside and out. We will miss her.

She retired from L3 Communications in 2018, where she was a buyer for them. Before she worked for ATK as a buyer and eventually became head of Space Flight Awareness and loved working there and making many friends. Elise loved painting, drawing, singing, bowling league, reading, crochet and knitting.

She was preceded by her father, Lon, and stepfather, Jordan Larsen and her beloved dogs, Peanut and Cici.

The family would like to thank the staff at Mission @ Maple Springs for their attentive care they gave to our mother.

The family will greet friends on Wednesday prior to the services from 4:30 to 5:30 p.m.

Click this link to view additional details about Elise’s Services, including any available live streams: https://my.gather.app/remember/elise-checketts