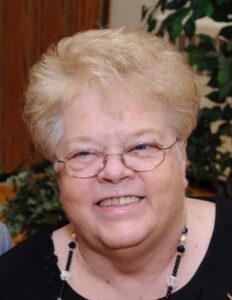 She was born on October 20, 1939 to J. Clair and Della Collard in Nephi, Utah. She was the oldest of 3 daughters. She graduated from Juab High School and later attended BYU where she met Burl David Morley.

They were married on December 15, 1961 in the Manti Temple. They recently celebrated their 59th wedding anniversary. Together they had 5 children. They settled in Garland, Utah where they have lived for 53 years.

Ilene was an active member of the Church of Jesus Christ of Latter-Day Saints. She held many church callings in her lifetime. She loved to work on her genealogy. She was a member of a sewing club with some of her best friends. She enjoyed getting together and spending time with them. She also loved to watch her Westerns.

Ilene worked in HR at La-Z-Boy where she retired from. She enjoyed spending time with her family. She had recently been in a nursing home/rehabilitation center for a fall that broke her femur and she missed interacting with her family, especially her grandkids.

The funeral service will be live streamed and may be viewed by clicking here for anyone not able to attend. If we experience technical difficulties during the live stream, a recording will be uploaded to the website at a later date.