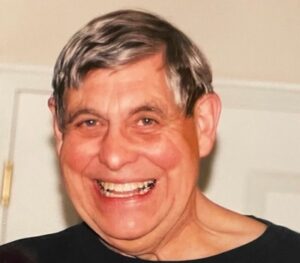 Darrell Laverne Scharmann 1928-2021, Brigham City, UT, made his final departure on November 12, 2021, at the age of 93 years, 284 days. Darrell was born on February 1, 1928, to Conrad William and Ruth Ellen Scharmann in North Platte, Nebraska. He graduated from North Platte High School and attended the University of Nebraska (UN) at the early age of 16. He was a proud member of the Phi Gamma Delta fraternity. Darrell was a Veteran of the US Navy and served in World War II. After serving, he completed his bachelor’s degrees in Electrical and Mechanical Engineering at UN in 1951.

In his younger years, Darrell worked for several aerospace corporations including Boeing, Lockheed, and Hercules. His final employer was Thiokol Chemical Corporation in Brigham City, Utah. He remained there for over 30 years working in program management on the Minuteman Missile System and later the MX Missile projects.

Darrell married Denise Adair Owen on February 27, 1954, in Hutchinson, KS. Together they had three children, Stephen (Dana) Scharmann, Mark Scharmann and Julie (the late G. Kevin) Johnson. After Denise passed on May 10, 1967, he married Mary C. Dixon, to whom he was married for 53 years. After retirement, Darrell became involved in business development for a family-owned mergers, acquisition, and venture capital business. In addition, he managed personal real estate holdings.

Darrell was a kind and selfless man who made friends easily and was always willing to give wise advice in times of crisis to any in need. He gave thoughtful suggestions and could be relied upon to be there for his family, friends, and neighbors. He spent his later years caring for his disabled wife with the helpful support and compassion of Ali’s Angels.

He was deeply loved. His presence will be missed, and his legacy will continue.

Darrell is survived by his children and 10 grandchildren.

He was preceded in death by his parents, brother, and sister (Lawrence Scharmann, Patty Meyer), his wives, and son-in-law. He had many lifetime friends including Jim Lewis and Marjory Nosbusch.

Our family would like to thank all the wonderful caregivers who worked so hard and took such good care of Dad over the past years including those at the George E. Wahlen Ogden Veterans Home where he spent the last 3 years of his life. We are so grateful for all you have done, and for the kindness, patience and care you have shown to Dad during his final years.

The family will have a small graveside service (2 pm) on Saturday, December 4, 2021, at the Brigham City Cemetery.

All systems go! Full speed ahead!