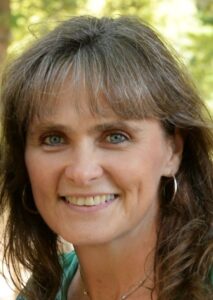 With the heaviest of sorrows, we announce that the life of CARYN MELISA CORDON, our Precious Star, was stolen by a distracted driver in a horrendous head-on crash in New Jersey, September 2015, at age 48.

It has taken these 6 years to almost be able to bear the pain to write these words.

We will never get used to you being gone.

We LOVE you, our Forever Sparkly Girl.

Caryn dedicated her life to her family. She was actively working towards her Bachelors degree from Brigham Young University – Idaho in Recreational Therapy. She would also on occasion substitute teach at the local middle school and was working a temporary part time job as a receptionist.

In addition to her service to her family she has also spent much of her life serving in The Church of Jesus Christ of Latter-day Saints and her community. She has served as the President of the Young Women, Relief Society, and Primary, as a Sunday school teacher, Activities Chairman, and counselors and other positions in each of these organizations. She also has served as a Seminary Teacher, and faithful Visiting Teacher for many years. She has served in the Denver Colorado Temple as a volunteer, the Washington DC Temple as an ordinance worker and has taken every opportunity throughout her life to extend any and all acts of kindness and charity to anyone in need. Caryn also served as the PTO president in Marble Falls Texas. She would volunteer when possible in her kids schools. She was also an active supporter of the Boy Scouts of America and has served as a Scout Committee Chair person for many years.

Caryn’s greatest desire was for her family to be together forever. She had great joy in being able to witness the marriage/sealings of her three oldest daughters. Additionally, she looked forward to the day that her sons would serve full time missions as well as the day her sons and youngest daughter would be sealed with their eternal companions, in the House of The Lord.

Caryn loved to read and enjoyed daily exercise. She filled her life with anything “virtuous, lovely, or of good report or praiseworthy”. She has been described as a good woman, a woman of great faith, a daughter of God, a wife, an eternal companion and mother. She was the poster child for the glass is always half full. Her love for the simple things in life can be seen in her collecting PEZ dispensers, and anything to do with Minions. Her sense of humor was genuine, her laugh contagious. She was a diehard Bon Jovi fan. She followed the Saviors loving example by being a friend to all.

Her parting words taken from her journal sum up who she was, “A woman needs to have faith herself, first, before she can teach a child. She needs to live righteously, so she can be led by the Spirit. An inherent quality of a woman is compassion, which aids her in teaching Christ-like qualities to her family. She needs patience, humility and above all charity. I wish I could have listened in on the way that the mothers of the stripling warriors taught their sons. We all hope as mothers that we are teaching enough, the right things and that the children are actually listening. I hope my children will be as strong in their testimonies and convictions as those 2000 warriors, as every mother does. I guess we need to have faith that God will fill in the missing pieces.”

Funeral Service will be held on Monday October 19th at 7 Red School House Rd, Lebanon, NJ 08833. Viewing is at 10:00 am with service at noon. Caryn will be buried at Locus Grove Cemetery in Quakertown, NJ.