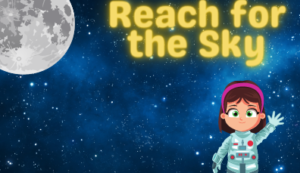 LOGAN — A big event for the Cache Makers’ Girls in Space camp comes this Saturday, May 7th. That’s the day for the official launch of their weather balloon, which is the culmination of a project that started the 2nd week of March.

On KVNU’s For the People program on Tuesday, volunteer mentor and Cache Makers co-founder Kevin Reeve says he’s been impressed in working with the youth involved.

“It has been a blast! What I’ve learned from this project as our young people, in this case we have 16 young ladies the age of 11 to 17, they catch on very quickly to this STEM stuff. They have a blast, they dive right in, and it has just been an honor for all of us mentors to work with them,” he explained.

Reeve said at first, the girls mostly didn’t know each other, but they put them in and taught them how to solder and they built a little L.E.D. solder project. Then they got them on a microphone and they talked on amateur radio.

And the whole culminating project is to assemble a payload for the weather balloon launch.

He said one of the big things still up in the air on Saturday is the weather. Where they should hold the launch and where is the payload going to parachute back to earth.

Reeve said, just like NASA and SpaceX, if the weather is bad they will scrub the launch until later.

They will post the location for the launch, if held, and more details Friday night by 8p.m. on the Cache Makers/ 4-H club Facebook page.