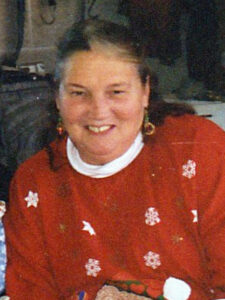 Susan McCauley, 75, returned home to her loving Heavenly Father on Thursday, May 5, 2022. She was born on September 22, 1946, to David Whitaker and Elsa Grundy in Brigham City, Utah. She was later adopted by Charles B. and Bertha May Anderson Fenn.

Susan followed the teachings of The Church of Jesus Christ of Latter-day Saints.

Susan worked at Thiokol and Autoliv and had a great work ethic.

She loved playing Bingo, she was an avid crafter with crocheting and sewing. She enjoyed reading, especially Nancy Drew books. She was generous to a fault and very accepting of others. She was a great provider to her children and her grandchildren were the apple of her eye.

The family would like to give a special thanks to the Willow Glenn Care Center Staff.