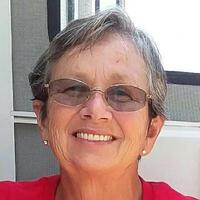 Susan Lynn Riley, wife of Roger Herbert Riley, of Rexburg, Idaho, passed away unexpectedly on Wednesday, December 23, 2020 in Idaho Falls, Idaho at the age of 64.

Susan was born in Edmonton, Alberta, Canada, on May 19,1956 to Larry and Lily Skerratt James. She was the fourth child of six, the first girl following three boys, leading two sisters. Susie grew up in Canada, living in Edmonton and Calgary, AB, Vancouver, BC, and Australia for a short time.

Sue met Roger in Rexburg, Idaho, while attending Ricks College. She continued to earn her degree, while Roger served a two year mission for The Church of Jesus Christ of Latter-Day Saints in Arcadia, California. Shortly after his return, they were married March 29, 1978 in the Salt Lake City Utah Temple. Susan and Roger enjoyed 42 years of marriage before her passing.

They began their life together living in Rexburg, Idaho, building Roger’s farming business and welcoming the births of children; Judd, twins Jack and Jami, Julie and Juston.

Desiring more room for their growing family and expanding business, they found a farm in Lewiston, Utah, with plenty of opportunity to grow. There they welcomed their youngest daughter Jenny. Beautiful Cache Valley allowed them to raise their six children together in an idyllic setting.

Susan’s years were filled with all the happiness that comes with having a big family and many friends. Her time was spent loving and teaching her children, creating a beautiful and welcoming home, supporting Roger with his business, and finding adventure – she loved being home, but would never pass up a chance to travel! Susan found joy in family vacations, sewing, church callings, school events, yard work, scouting, primary, roadshows, planting flowers, pizza nights, graduations and hosting neighborhood pig-in-a-pit parties.

She encouraged and prepared her children for college, missions, temple marriages and parenthood. The rewards of motherhood were granted for Susan in the thrilling arrival of each one of her glorious grandkids! Oh, how she loved them!

After 25 years, Roger and Susan returned to Rexburg, Idaho. They continued their “schooling” experience in Madison County by purchasing Cedar Point, Archer, and Burton schools, renovating and living in two of them. Susan was sunshine. She brought life and light to everything around her. Susie had a special gift of connecting with both children and the elderly. She found true friendship in the company of many who were much younger and much older than herself. Her strengths of hope and optimism were constant, especially during the harder times of life, including her recent journey of conquering endometrial cancer. Susan made the very best of any situation and lifted others in times of difficulty and loss. Her understanding of the purpose of life and the reality of the hereafter was unwavering.

Susan’s laugh, good-natured humor, and unmatched talent of being witty, always made her the life of the party! She was lively, entertaining and so much fun to be around. Sue was never not having a good time! Susie was always fun, bright, and beautiful. It is inexpressible how much she will truly be missed.

Susan is preceded in death by her parents Larry and Lily James of Magrath, AB; brother Barry James of Mt.Vernon, Washington; parents-in-law Clifford and Dora Riley of Rexburg, Idaho.

Due to current social gathering restrictions, a private family funeral was held on Saturday, January 2, 2021, at the Burton Chapel, 3958 West 2000 South, Rexburg, Idaho at 1:00pm. Interment will be in the Burton Cemetery .

The service was live streamed and may be viewed by clicking here.

An account to assist with memorial expenses has been set up at the Bank of Commerce in Rexburg, Idaho.