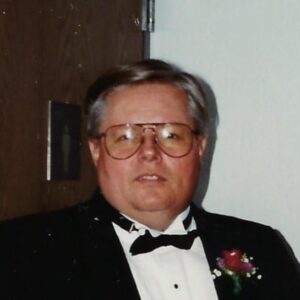 On February 17, 2021 Stephen Eugene Treece, a devoted husband and father of three children, went home to be with his Heavenly Father at the age of 70 at Logan Regional Hospital.

Steve was born June 30th in Anna, Illinois to Affie Elnora Brown and Truman Eugene Treece. He was preceded in death by his sister, Dorothea Dee Wozab.

At the age of 17 he began working in the sprinkler industry and continued working in many diverse positions for 50 years.

He held many callings within the Church of Jesus Christ of Latter Day Saints and even though he never served a mission; it brought him and family joy to help baptize many people as Ward Mission Leader and later as President of the Seventies.

In addition to Steve’s passion for his family he loved planes at a young age. He had his aerobatic pilot wings performing in the movie Iron Eagle.

I joined my Dad’s family when I was 12. My Dad was a man of few words, but he fiercely loved his family and it showed in everything he did and achieved in his life. He was very much a family man. He was the best Dad that anyone could ask for and equally as good a grandfather. A part of us is now in heaven and he will be greatly missed by all those who knew and loved him. Thank you for being the Dad and the man that you didn’t have to be.

He leaves behind his wife, Pamela Jean Rees of thirty years, and three children, five grandchildren, and four great grandchildren and a niece and a nephew which he devoted his love to. Cristine Hamilton (Scott) and son Kyle; Michelle Mills with children: Chelsey Pegram (Robert) (children Suzanna, Allison, Robert Junior (RJ) and Joseph (JOJO). Brittney Foreman, and Caleb Foreman; Heather Nicole Thomas daughter of Steve and Pam and her daughter Aubrianna Landon Thomas.

There is no greater man who raised three children with devotion, love and passion. His complete unconditional love for his wife is a lesson for all men. He can not be replaced.