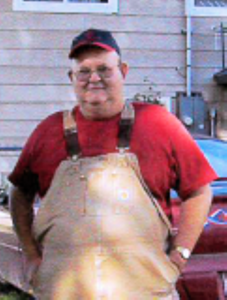 Ronald “Ronnie” Stephen Mahurin passed away on September 22, 2021, in Montpelier, Idaho at the age of 75.

He was born May 31, 1946, in Grangeville, Idaho to Walter Mahurin and Alice Robie Mahurin. His parents brought him home to Slate Creek, Idaho where he lived for 72 years. It was here that Ron met Ruth Brooks and they were married on July 26, 1986. They lived in his childhood home until 2018 when they moved to Montpelier, Idaho. He attended school in a two-room schoolhouse in Whitebird, Idaho until 5th grade. He then continued his education in Riggins, Idaho. After graduating from high school he furthered his training in heavy equipment operations in Weiser, Idaho. Working with heavy equipment became his great love.

He worked in construction for a few years, but he felt he needed to be close to home to help his mother. Ronnie then bought into Salmon River Gravel as a partner and gained full ownership when Cedric Chamberlin retired. Ronnie was known for the high-quality products he produced and provided for state projects from Horseshoe Bend to Moscow. He sold the company in 2005 due to health problems.

Ronnie was known for his knowledge of Idaho County’s history and the many stories he told. In his younger years, he enjoyed exploring the outdoors of Idaho County, whether in the jet boat he built himself or on a four-wheeler with Ruth and friends.

He is survived by his wife, Ruth; two stepsons and their spouses, David and Kristi Brogan (New Plymouth, ID), Gary and Janniece Brogan (Montpelier, ID); 9 step-grandchildren; and 7 step-great-grandchildren and numerous cousins.

The burial will be in Whitebird, Idaho.

A memorial will be held at a later date.

Local arrangements are under the direction of Franklin County Funeral Home, Preston, Idaho.